My fellow agents are a small but resourceful group of disabled and able-bodied students who have a curtailed access to mainstream schooling as a result of numerous health related issues.

However, just because we don’t always fit the expected mould, it does not mean that we are any less responsible than the next agent, for helping to keep our planet green. The fact that we live in a truly beautiful part of Scotland with a wealth of resources on our doorstep means that we are perhaps slightly more aware of the impact on the natural environment of changes to the world’s eco system. 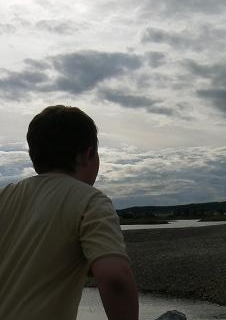 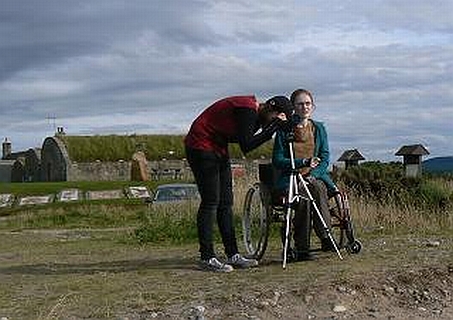 We have participated in Dolphin and Red Squirrel spotting activities and Butterfly identification schemes. We have taken part in local beach cleanups and helped in the community garden which is close by. A number of years ago we were part of a group who found and removed an illegal Salmon net in the firth.

We are lucky to have a makeshift study centre in an old caravan, that is also going to double as our Roots & Shoots headquarters and it is here that most of our reports will be correlated in future. From the base we have almost instant access to the Moray Firth and between us this year we have been lucky to see Dolphins, Seals, a Whale and many Porpoises. Each year we are visited by thousands of migratory birds and these alongside our ample resident numbers make it a bird watchers delight.

Our wealth is not confined to the water and on the small hill mere metres from our base we frequently see deer grazing on the slopes whilst Red Kites soar overhead. We have also seen Ospreys and Red Squirrels in the surrounding area and last year a Scottish wild cat was seen by the mother of one member of our group. We also know that badgers are common in our vicinity although unfortunately this is mainly due to the high number of them we see lying dead, at the side of the road.

We are within minutes of a site of Special Scientific Interest and it is one of only two places in Scotland where you can still find the Dingy Skipper as well as other endangered butterflies. There is also a large bat colony in the sand dunes above our local Organic Farm.

And it was a discussion about the farm which got the agents talking about self sufficiency and what else we could do to reduce our own consumption of shop bought goods and the masses of plastic, cardboard and metal these products waste. So this year, in spite of our surroundings and all the various activities we could have gotten up to, our projects centred on growing our own vegetables! 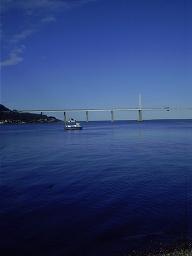 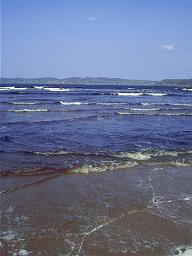 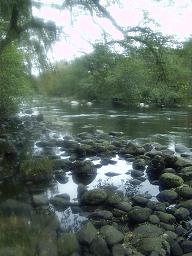 Generous help and advice was given by a local grandmother who is also a keen gardener, and parental assistance was sought when needed.  We already had access to a garden which had Apples, Pears, Damsons, Cherries and Hazelnuts, as well as large Rosemary and Lavender bushes but no vegetable plot. So we cleared a raised bed of flowers and planted Chives, Basil, a Curry Plant, different mint flavoured plants, masses of other herbs, Celery, Celeriac, Lettuce and an Aubergine.

Almost everything was grown outside including the tomatoes and peppers and with very little exception we had bumper crops of all that was planted even if they were not always very tasty!

The difference growing their own vegetables has made to the willingness of those severely restricted by sight, smell and texture of food to actually try new things has been amazing, and although it has not changed eating habits dramatically it has created positive associations, which is significant progress in itself. 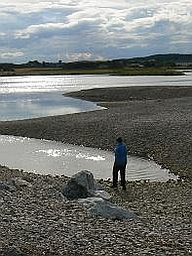 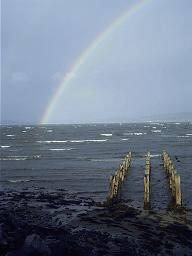 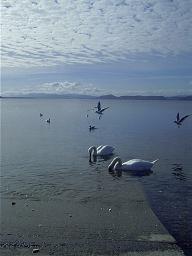 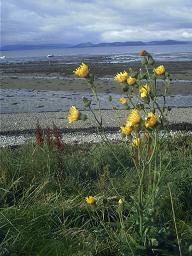 One of these has been the children’s willingness to prepare and cook foodstuffs for others, which they themselves may never eat. The benefits of this in terms of social skill development, co-operation, and appreciation that others’ needs differ from their own is potentially huge, and apart from  learning to shoulder responsibility for certain tasks it has contributed to an explosion of interest in cookery.

Unfortunately it has not all gone so smoothly and we were recently caught out by fierce winds and lashing rain which resulted in the near destruction of our Hazelnut, Damson, Apple, Pear and Tomato crops. It was very disappointing but we collected handfuls of Hazelnuts, carefully cut the unripe tomatoes off the broken vines and picked the damaged fruit off the ground for the birds.

The nuts will be used in our winter feeding trays, the tomatoes are ripening in the base and the birds have enjoyed the fruit. We are going to harvest the remaining Damsons to make fruit pies and jam tomorrow.

It was a valuable lesson for all as the destruction of some of our crops illustrated in a way which perhaps nothing else actually could, the fine balance between successfully providing for your family and losing your only means to do so as a result of circumstances outside your control. It evoked discussions on the need for us to care and protect the rights of all individuals and the fact that assistance to those affected by disaster of any kind is perhaps of more worth, if it enables an individual to gain the sustainable skills and resources necessary for them to best help themselves. 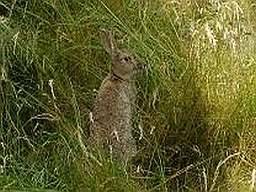 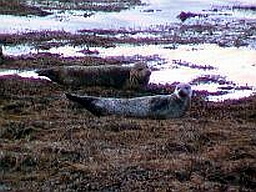 Sometimes great personal achievements come from what others may view as simple endeavours, such as a child eating a strawberry still warm from the summer sun or allowing their hands to become covered in soil, and therefore whilst we realise that our venture into self sufficiency wasn’t very scientific, it was great fun and lots of new skills were learned – the agents all feel like they did their bit.

However small each individual contribution actually was, the collective endeavour created physical change, produced something tangible and of worth and if repeated often enough by enough people, may very well help save the planet in the future.

As for the future, a small planning meeting is due to be held in the next week or so to decide on the specific Ice World Activities it is anticipated will be undertaken this Autumn and how these will help increase our understanding of our local environment. It is hoped that planned field trips to the Highland Wildlife Park to see and learn about Wolves, Beavers, Arctic Foxes, and of course their new Polar Bear addition, can be tied into this.

We are also going to organise excursions to the Cairngorms National Park to see firsthand the effects of global warming on Scotland’s natural environment as well as learning about the difficulties faced by those who live and work in extreme conditions.

It is an exciting time to be part of the Roots & Shoots family and some can’t wait to get started.

One thought on “Starting Small in the Highlands – Home Facilitator Mission Update!”