Agents learnt how and why the American Dust Bowls emerged and then looked at the effects on the people involved. 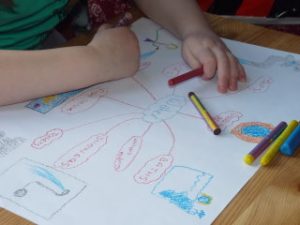 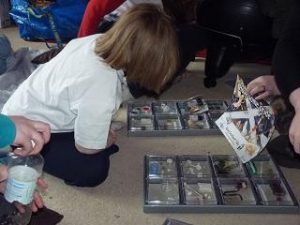 Kent’s environmental change 80 yrs later was due to many of the same factors and the agents studied how scientists, farmers and environmentalists tackled the problem then and now. They carried out surveys to identify water usage in their homes and gardens and compared the results on the basis of the number of individuals living in each home and the facilities available. They also observed how much water was potentially being wasted over the course of two rainy days because of a leaking gutter. The agents then carried out experiments and conducted a research project into the ways in which we waste water when carrying out everyday activities. They identified ways to save water and made a poster to illustrate the things they had learnt. Some of the older agents also looked at ways in which industry and farming organisations can and could save water.

Care of one’s local environment was identified as an important factor in lessening the likelihood of individuals allowing dust bowl conditions to emerge, and the agents decided that something as simple as a Litter Clean Up could help restore pride and consideration in one’s environment, thus helping to ensure responsibility for the land. Before we undertook this task members of the Community Disability Nursing Team were invited to speak to the agents about the potential items they might find and the safest way to deal with these. The children enjoyed the hands on element of the talk as they were allowed to look at and handle the boxes of exhibits brought by the nursing team for them to study. We approached The Keep Scotland Beautiful Campaign and representatives of the Highland Council TEC services for assistance in holding our Litter Pick Up and they provided us with Tabards, Gloves, Bags and Litter Pickers. Arrangements were also made for the bagged up items to be collected the next day. 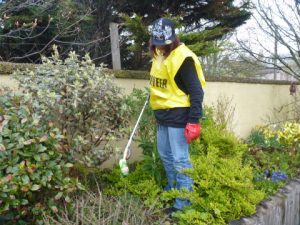 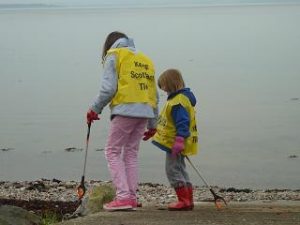 The day arrived, and swathed in over-sized tabards and gloves the children collected bottles, cans, sweet wrappers, old shoes and other odds and ends from inside a local community garden and along the beach front. It was another of those occasions whereby I think we proved that everyone can make a difference as mere day’s later beer bottles and cans were to be found in the garden and by the beach once more – only this time they had all been placed in the bins provided!

The agents then investigated ways in which the community garden had had its soil protected and why this might influence the type of plants and vegetation found there. The children also put their heads together and decided to target the area of the local community garden which we had noted during our Litter Clean Up appeared to be the area most in need of work, and with the permission of the environmental group responsible for the garden we cleared it of weeds and twisted barbed wire, and picked up yet more discarded bottles and cans – thus proving perhaps, that change can sometimes be very slow! 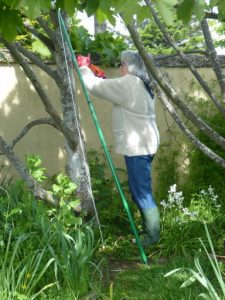 We were very pleased that a number of local children volunteered to help and they dug holes for the many flowers and plant bushes which we were donating to the garden in, it has to be said, the absolute downpour which occurred after we finished filming.

In order to learn more about the effects on plants in Dust Bowl conditions a field trip was organised to the Floral Hall in Inverness; this is a mini botanical garden housing many species of Cacti. The educational officer was really amazing, telling us about the various ways in which differing species from those in rain forest conditions to a cacti environment collect and store water, and how this affects their shape and size and adaptability. We talked about the ways in which the development of a dust bowl could be slowed down and prevented and also the ways in which an area devastated by such a catastrophe can be slowly healed by careful intervention, the preservation of water and the planting of crops such as oranges, lemons and the Desiree potato, which can grow in arid conditions. 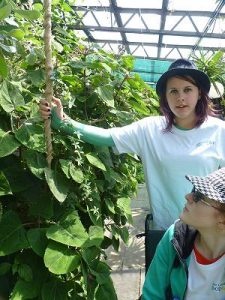 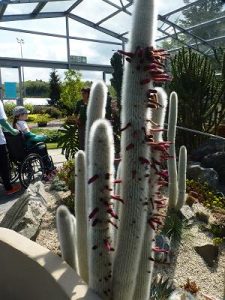 However, the development of a dust bowl environment is mostly about the mistreatment of land and the officer described how even here in the Highlands of Scotland some farmers are micro farming to the serious detriment of the soil. Suggestions for the means of actually saving the soil from blowing away were discussed and the use of natural compost, weed mats and small stone coverings were thought to be the best, with wind breaks and crop rotation also scoring highly. We were especially interested to learn about the use of herbs as ground cover as they grow in soil with few nutrients and many do not require heavy watering. They have a very serious place in the conservation and restoration of environments. This was especially pleasing for the children to learn as the Forestry Commission has kindly donated material for the installation of raised herb beds in our garden as part of a fantastic project we have been asked to undertake. They will also contribute to our aroma activities. 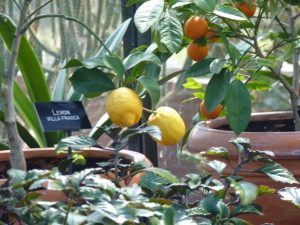 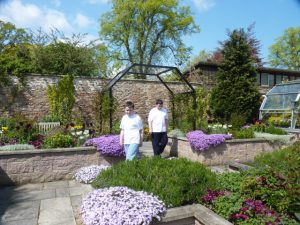 The children have worked at developing their garden with the invaluable assistance of our resident gardening expert, and discussions related to our Dust Bowl project have been incorporated into the many teaching sessions which have ensued. They have undertaken planting, thinning, pruning, construction of beds, frames and even the odd greenhouse. 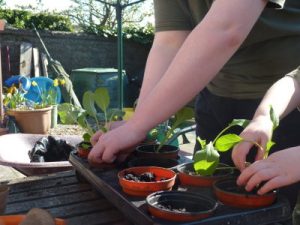 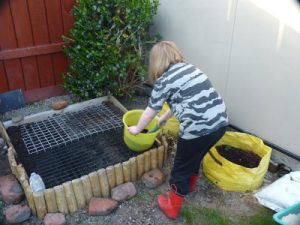 Following on from our collection of common seaweed for use on our compost heap earlier in the year, we also took part in the National Seaweed Survey to help reinforce the fact that there is a consequence to everything we do. 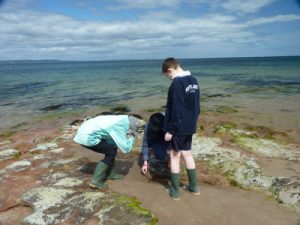 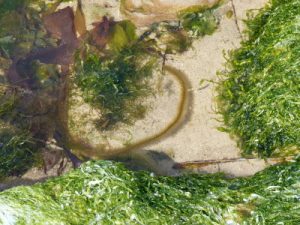 The children also took part in a Bluebell hunt on the local common which also happens to be a site of special scientific interest. We have made arrangements with the local County Ranger Service to commence Seasonal Talks to the group about the plants and animals to be found here. As the ranger lives in the village our first guided tour is scheduled for Sunday 10th of July. We have also joined the Bumblebee Conservation Trust’s Bee Walk as Pro Volunteers and are currently finalising our Transect route as to be truthful we have such a diverse range of options to choose from it is rather difficult deciding. 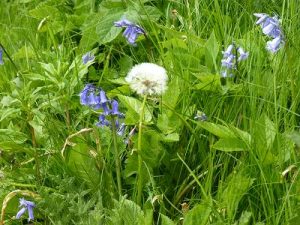 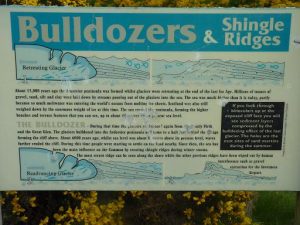 Our contributions to the Woodland Trust continue and as part of our developing interest, we visited Culbin Forest in Nairnshire. The trip was so interesting that we have arranged for an RSPB Educational Officer to accompany us on our next visit planned for the end of this month. 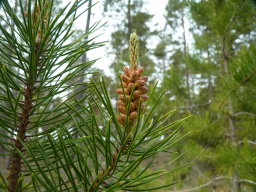 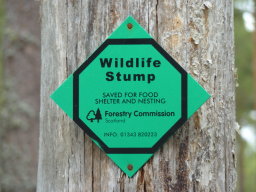 As part of our ongoing recycling efforts we planted a wildflower bed in a disused play boat and used donated tubs to make contained flower beds to attract bees and insects.

We have continued to recycle and are in the final stages of arranging for one of the council’s recycling team to give the children a talk about recycling here in the Highlands. We have used many recycled bottles and containers as tools, watering systems and plant houses in our daily gardening tasks and this has proved to be both a fun and interesting project. 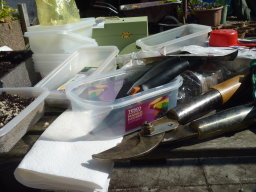 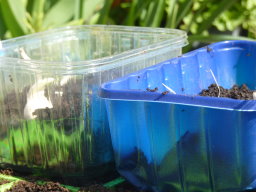