People were affected in the 1930’s by the effects of giant Dust Bowls in much the same way as they are today in Kent, the only difference being the way in which the use of technology may help.

The agents looked at how people adapted then and now with specific interest being shown with regards appropriate accommodation and clothing and a fine time was had designing suitable attire. The agents then developed a poster entitled “What can we do?” to show the many ways in which individuals can help each other. They also looked at the differing means available to support large numbers of individuals with limited access to food and water, and we touched on the social implications of living in these conditions.

We have discussed the various ways in which we could show others how easy it is to help prevent dramatic environmental changes by carrying out simple activities with the potential to encourage others to think about the ways in which they can support their own community. Alongside plans for a pamphlet describing the role of the group and the Jane Goodall Organisation a small presentation is being developed which we hope to deliver to community groups.

The children have also compiled recipes for inclusion in a cook book being developed by the Autism Treatment Trust and have provided pots for a local school gardening club.

We have pursued our efforts to promote a sense of community amongst the children and donations were made to “Age Scotland” and a number of other organisations including those such as the British Heart Foundation whom we have supported again. We have raised awareness of the Roots & Shoots Organisation through contact with a neighbouring environmental group and discussions with numerous external organisations.

We have taken part in debates on international matters such as the slaughter of dolphins by Japanese fishermen and assisted other organisations to collect data and information.

We have encouraged the agents to link their work with Nick Martin with many of our Roots & Shoots activates, and to think about ways in which we can assist him to continue to provide such an essential service.

We believe that this will give the group invaluable insight into the way in which support groups assist others to fulfil commitments.

Apart from volunteering to help him care for the animals, we have offered to help Nick raise funds for his newly established charity and hopefully with the support of our local Tesco Community Champion we hope to be able to do this; whilst also raising awareness of the Jane Goodall Organisation.

The agents have volunteered to help Nick as part and parcel of their Roots & Shoots activates and as such, now have an extraordinary opportunity to raise awareness of the group and the Jane Goodall Organisation to the general public.

This opportunity has been further enhanced through Nick’s offer to take some of them to public presentations over the summer at fetes and shows. Work has already begun on designs for the pamphlet we hope to be able to hand out at these events. 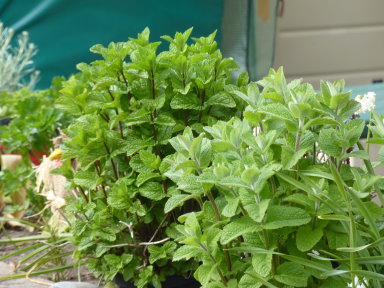 The agents are increasingly aware through their participation in R&S projects that work carried out in an individual’s local area can and does beget change. They have decided that all of the surplus produce from our organic gardening project will be given to him as well as specially planted vegetation so as to help ensure a continuous, organic source of fresh food for his animals.

We have entered a “Roots & Shoots” scarecrow into a local competition which the public are being asked to cast votes on via the internet from the 26th of June to the 14th of July. What we didn’t realise at the time of entry is that we were supposed to keep our scarecrow up, and whilst he was very handsome, we have already recycled almost all of his parts! Still, the competition runners don’t seem to mind. 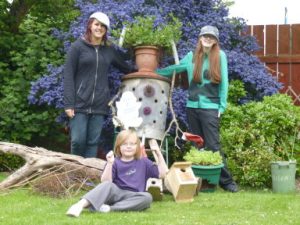 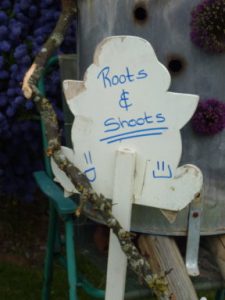 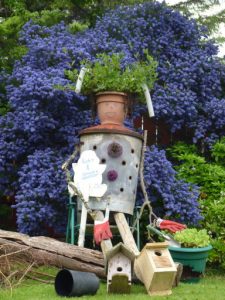 Perhaps one of the most important activities we have been covering recently is the subject of how the way an individual respects and cares for animals is often reflected in the way they respect and care for themselves and others.

This point was reinforced by Nick Martin, who told the agents of his experiences whereby children and vulnerable individuals were often in as much need of protection as the animals he was being asked to rescue.

We have held discussions about the ways in which education and raising public awareness can help prevent the effects of micro farming and soil destruction from becoming a county wide problem with consequences for the whole of a region. We have begun a brief study of the Countryside Code with specific emphasis at this time on the good citizenship practices which it entails. 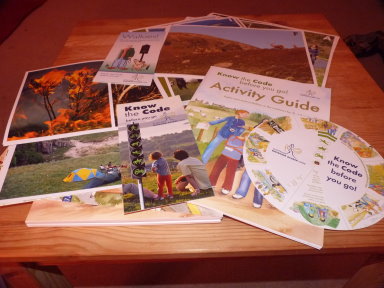 The agents have looked at the structure of change and discussed the implications a Dust Bowl environment would have on Kent and the greater community. They have investigated the ways in which they could encourage a community to help itself and took part in many activates aimed at collecting data for larger groups and organisations.

They have participated in local and national schemes with the intention of increasing their own knowledge base, and have learned valuable lessons across a wide range of subjects.

We have explored ways in which a community could not only prevent a Dust Bowl Environment from occurring but how to restore land once it has been depleted.

We are finishing off this entire project with a two day group field trip which will incorporate many activates discussed over the last few months.