One of the biggest difficulties facing us, as has been pointed out before, is the difficulty that some of our agents have in putting themselves in the shoes of others. We therefore decided to attempt to recreate an atmosphere whereby they were the person paddling up the river to Gombe, pitching tent and experiencing all that Jane Goodall faced. We knew from past experience that if we did this in the form of a play/re-enactment of the event, they would be better able to participate, and thus it proved to be.

We turned an old packing case into a raft and having identified all that we would needed, set off up Lake Tanganyika in search of Gombe and a population of Chimpanzee. We pitched tent, located Jane’s peak, established contact with the chimpanzees living in the reserve and undertook work to help change the local population’s traditional pursuit of bush meat.

It was a fast moving exercise which required imagination, cooperation and an exchange of ideas and it afforded me a perfect opportunity to assess the information being retained by the children and the differing ways in which this is being utilised by them. Their understanding of the needs of others has grown enormously as has their appreciation of the requirements of exotic and endangered animals.

Having read the requirements for parts 4-7 we decided to incorporate one or two elements from each of the three groups identified in Part 4, as this seemed the most appropriate thing to in light of our small numbers.

The agents chose the life of a researcher and a fisherman, a tree and a chimpanzee. They looked at the elements each requires to survive, to be happy and to prosper, and then looked at the challenges facing them. The plight of the chimpanzee, and the fate of the tree, evoked hard hitting commentary from the agents which was represented in the written work that they did produce.

This may have been as a result of our field trip to Edinburgh Zoo where our guide James, gave a tremendously impassioned and thought provoking commentary about the uncertain future of chimpanzees in the wild and the work being carried out in Bondigo and the Gombe to help preserve their native environment.

James recounted his own experiences with regards the research being carried out and his pride at having had Jane Goodall’s vote of approval for the work which he and his colleagues were carrying out was much in evidence. He also spoke about the effort and detail which had gone into the planning of the facilities at the zoo in order to recreate as natural an environment as possible, as well as describing the importance placed on educating and assisting native populations to adapt to their changing role. 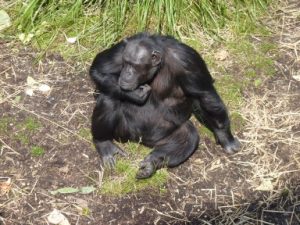 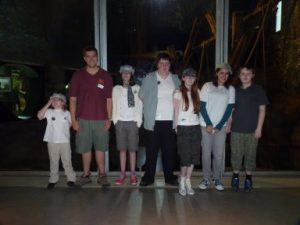 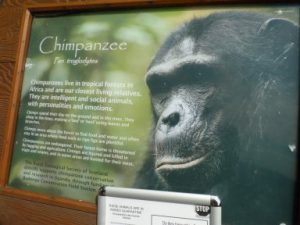 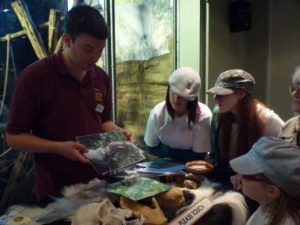 Although we undertook written records and accounts as requested in the guidelines for this particular project, much of what was required for Part 5 is in the form of a pictorial record and although the information has been gathered technical problems have prevented our actually compiling this in to a formalised notebook at this time.

In order to better understand the needs and requirements of a tree in the Gombe Forest we discussed the information we had gleaned from our previous visit to the Floral Hall in Inverness, where we had learned much about the types of trees found in a rain forest and the different ways in which they collect and utilise water. We combined this with the information we then gathered from the time we spent on a field trip to a local Forest with an RSPB officer. 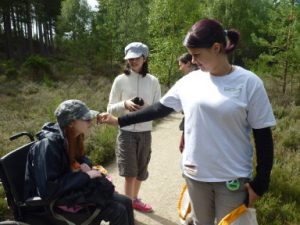 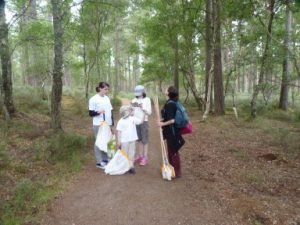 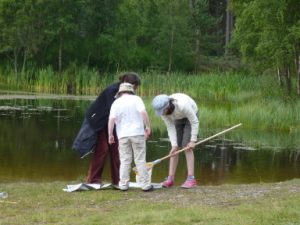 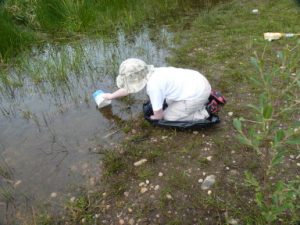 Morag turned out to be a wealth of information on the protection and preservation of forests, the importance of ecosystems, the ways of telling if an area was healthy by the diversity of live in and around it. We looked at the insects, birds and mammals to be found in the forest and the array of life contained within some ponds located there.

The agents discussed the work they have undertaken in their own garden with their organic vegetable patch, wild flower area, beach management, the development of a pond, tree cultivation activities, bird food provision and the setting up of bee, moth and butterfly housing. 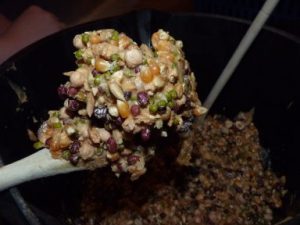 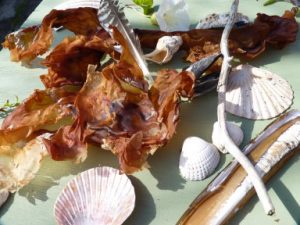 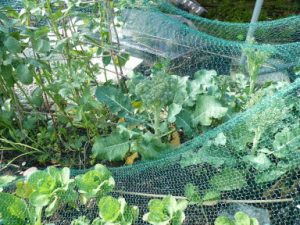 The importance of undertaking research was acknowledged and likened to the work they have carried out here themselves, and they identifyed the fact that although the subject matter may be very different the way in which records are kept are not.

Although we do not have a completed notebook we were able to commence the work required in Part 6 by simply looking in greater depth at the subjects we had already chosen to study. We anticipate completing this on Thursday, when all of our agents are expected to come together to discuss the changes which have taken place in the Gombe over the past 50 years since the Jane Goodall Institute started work there.

A plan of action has been prepared in draft format as many of the suggestions by the agents, involves them continuing to promote the needs and requirements of the Gombe to as many individuals as they can reach.

Through a chance encounter we hope to establish contact with one of the Community Project Workers in the Gombe, in order that we might be able to render specific help to those individuals whose lives are being changed by the needs of the chimpanzee in their midst.

The children have seen for themselves the cascading effect of a single action as it gathers and takes on ever increasing roles and activities and in doing they have come to understand that by concentrating on those things which it is within you to change, you are empowered to take on bigger and bigger challenges.

The effort being made by an amazingly small group of children in order that individuals, animals and in many instances the environment of the Greater Gombe Ecosystem can thrive in the future is extraordinary to me.  They have all exceeded expectations and when you see an Autistic child with complex communication issues lean across a table in order to better hear the questions being asked of him, in the midst of a crowded room full of strangers, the courage being displayed is phenomenal and that is the power of Roots & Shoots.