Summer is definitely a thing of the past here with sub zero temperatures being recorded at night time in various locations not far from us and the first skeins of noisy geese can be seen and heard over head as they start to arrive for the winter. A small number of swallows can still be seen flitting here and there, including those from the third brood hatched in the apex of our house; however, leaves are red and golden and the air has freshened.

Looking back summer was hectic and apart from all of our activities associated with our search for Jane’s Diaries, we packed in a fair number trips and public events. One such undertaking was when two of our agents went to the Scottish Crannog Centre. It was exciting and informative and although it is a far step from the Rainforest of the Gombe but the visit still served a strong purpose as a lot was learned about self sufficiency and the ways in which people utilised their surroundings.

We also took part in a Moth Catching exercise until almost 2am in the morning with the ever exuberant Nick Martin. The purpose was to show the agents the diversity of moths available in our area, the means by which they can be caught and identified as well as the ways in which various pieces of equipment worked.

We communicated with authors of various articles about Roots & Shoots both here and abroad, hopefully increasing our understanding of the global nature of the group in the process.
A great deal of time and energy was spent on our garden, mostly it has to be said by Barbara our gardener, although the children did take part in all aspects of the work from planting and cultivation through to harvesting of the food crops grown. Unfortunately our extremely wet summer resulted in damaged and stunted crops, rotting vegetation and an explosion of pests, mostly we think due to the lack of predator numbers following the severe winter. It may also have been as a result of our decision to go totally organic in our gardening practices.

The pond which we developed suffered from the continual sweeping winds which have brought down cascades of leaves on to its waters, as well as badly affecting the new planting. We had reluctantly agreed that the hard work spent on its development when we stumbled across a very handsome toad that was obviously enjoying it just the way it was.
As noted above our gardener has been tremendous and with the children’s help has still managed to produce oodles of fresh vegetables for Nick Martin’s Animal Rescue Centre, created a variety of new beds and produced a glorious Wildflower Garden in a disused sand box. This was a source of real pleasure for the entire group with new flowers emerging week by week. 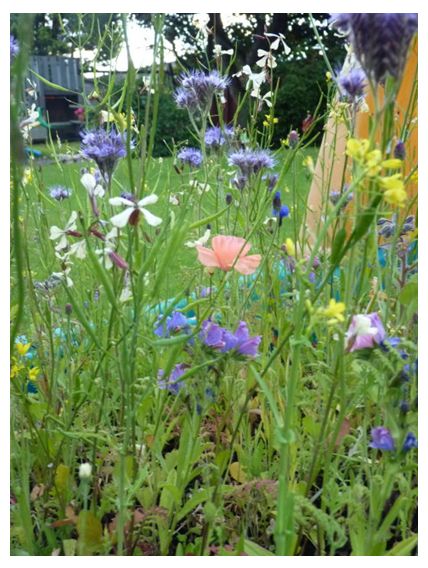 One aspect of our gardening work which we did not enjoy was the destruction of two wasps’ nests sited besides some of our most frequently used areas. They were resistant to all attempts to move them and after consultation they were both destroyed. The demise of the nests brought about an almost instantaneous explosion of Bees and we no longer found healthy looking ones lying dead around the garden. A third such wasp nest located in a wood pile was left undisturbed.

We maintained our commitment to helping local animals and birds and developed many mini dwelling and feeding areas again with the invaluable help of “Barbara the Gardener”. The children practised woodcraft skills in the garden and trees grown from saplings over the last few years, are now ready for transplanting and a new home for them is being considered.

The agents continued to keep a watchful eye on the community garden, local common and shore line and carried out projects in all areas. As a follow up to this we have organised a Costal Classroom Bushwhacker Day for them in October. This has been organised with members of Wildthings, a Scottish charity offering an inclusive program of imaginative and inspiring environmental education, wilderness rural skills and bushcraft courses for children, young people and adults. If this is proves to be the success we all hope, the children will be given the opportunity, again through Wildthings, to undertake a nationally recognised course in Rural Skills next year.

We have made many trips out and about and one such venture was for a meeting with Erica Hollis a qualified Herbalist. Erica shared a wealth of information as well as providing the group with herbs and plants. Erica has volunteered to proof read the leaflets being formulated for distribution to the Public with regards the work to be done on behalf of the Clanranald Trust and has also offered to assist the group by being available to answer questions concerning our developing Herb Garden and our Potion and Lotion activities. 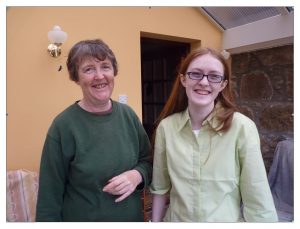 We attended an event in Dunfermline held by the Clanranald Trust. They had set up a re-enactment of Robert the Bruce’s camp, and the children were able to get a better feel for the period by mixing with members of the trust and taking photos of them, various domestic items and articles of clothing. 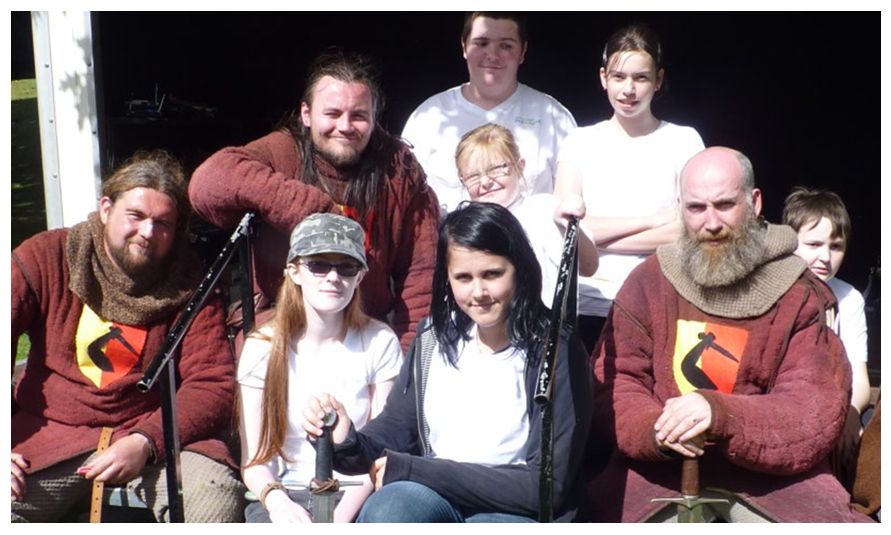 Since our conception we have attempted to challenge preconceptions by making individuals aware of the diverse contribution disabled individuals can make to the conservation of our planets resources. We have also challenged opinion about the world around us and encouraged individuals to think about the simple things they can do to help.

One of the biggest challenges we faced this summer was when Historic Scotland permitted us to take part in the biggest event ever undertaken by their organisation. It was billed as a ‘Colossal Celebration of The Centuries’ and apart from battle reenactments there was an authentic Medieval encampment to explore with craft demonstrations, Renaissance music and dancing, and a bustling 1940s area complete with swing dancers and a ‘big band’ and us! 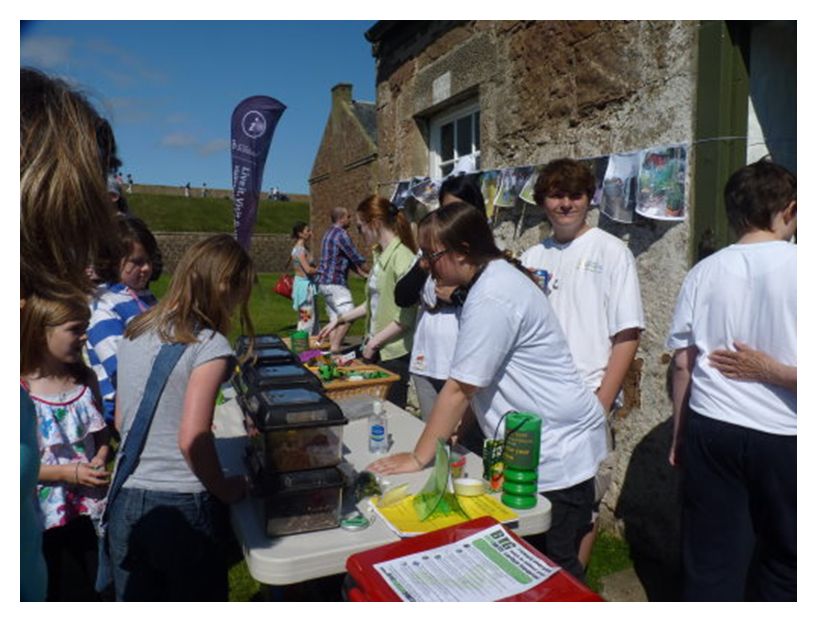 The whole experience went along way to make up for the fact that we were unable to participate in the Action for Children event held in Inverness during the summer.

Amongst other ventures we also provided a water point for runners during a local Poppy Day Appeal Fun Run. It was a very hot afternoon and the runners expressed delight at our presence enjoying not only the cool water but the fruit on offer. We were also praised for having thought about the needs of some four legged friends and there was plenty of water available for all. 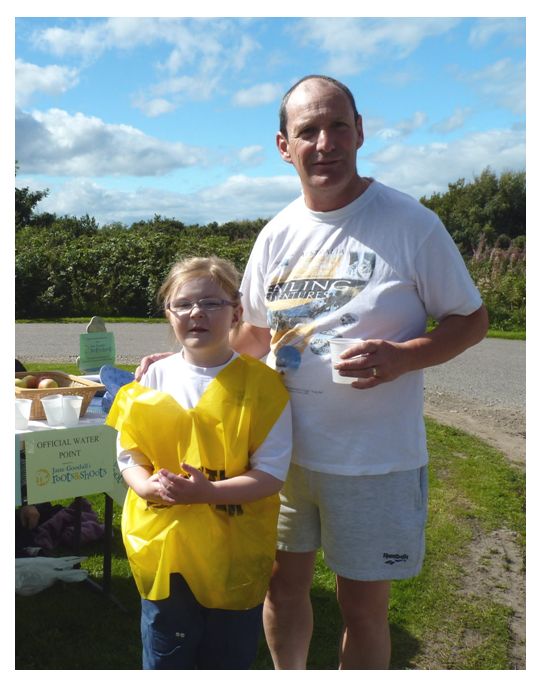 The agents were also extremely pleased at the generosity of our Tesco Community Champion who arranged for us to hold a Fund raising day inside our local Tesco Extra. Not only did we raise a substantial amount of money, but we were able to add hundreds of valuable pledges to the branches of our Pledge Tree.

We gave a way hundreds and hundreds of stickers, flyers and children’s colouring pictures, thus raising awareness of Jane Goodall’s Roots & Shoots Programme to countless of individuals. Nick Martin dropped in to see us for a short while with a few of his animals (a visit agreed by Tesco) and it could be said that this added unexpected surprise if not shock to the normal Sunday Shopping trip for many!

Work carried out on behalf of Jane Goodall’s Roots & Shoots Programme has helped earn every member of our group an award from the charity Volunteering Highland. Our two eldest agents received prestigious Millennium Awards signed by Scotland’s First Minister whilst all of our other members received Young Highlander Gold & Silver Awards. This included our youngest member who at only six years of age is 6 yrs under the normal minimum age required. 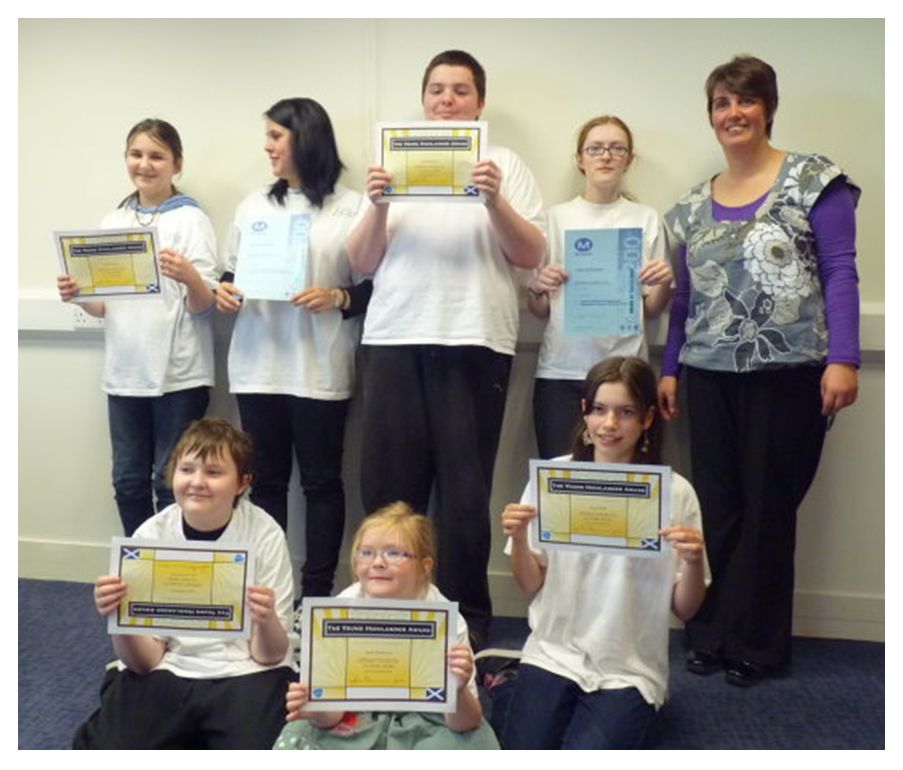 One thought on “Highlands & Islands Summer Round Up!”