Oxford Roots & Shoots has recently fostered links with Roots & Shoots Madagascar, which despite being only a few years old, has established groups in schools all over the country. One of the goals of our recent collaboration is to provide young people in Oxfordshire with the opportunity to learn more about Madagascar. But not from text books, rather a more personal experience from young people in Madagascar. In order to do this, we’re hoping to set up a letter exchange between pupils in schools in Madagascar, with those in Oxfordshire.

Pupils are encouraged to write about their own environment; which animals they see most often, whether they live in the countryside or a town and general everyday practices, such as how they get to school in the morning. The letters are then sent to a partner school in Madagascar, where they will be read by pupils of a similar age. The same also happens in reverse with letters being sent from Madagascar to schools in Oxfordshire.

A surprising amount can be learnt from a description of life in a completely foreign country. This is enhanced by the excitement of receiving a letter from somewhere so far away and so different from the environment we know. By simply educating future generations we aim to develop a care that is so essential to environmental and community conservation work.

This scheme has been previously done with other schools in Madagascar and the UK with great success, including Blake Primary School in Witney and West Kidlington Primary School. . In July we suggested the idea at an Oxfordshire secondary schools conference however had little uptake. This time we intend to use the Roots & Shoots network by contacting groups already established in schools, hopefully kick starting our scheme.

At freshers fair in the first week of October we signed up almost 300 new recruits from the new incoming students into the university! Over the next few weeks, in combination with our fundraising activity, we will be looking push forward with this new branch of our ‘Madagascar campaign’. 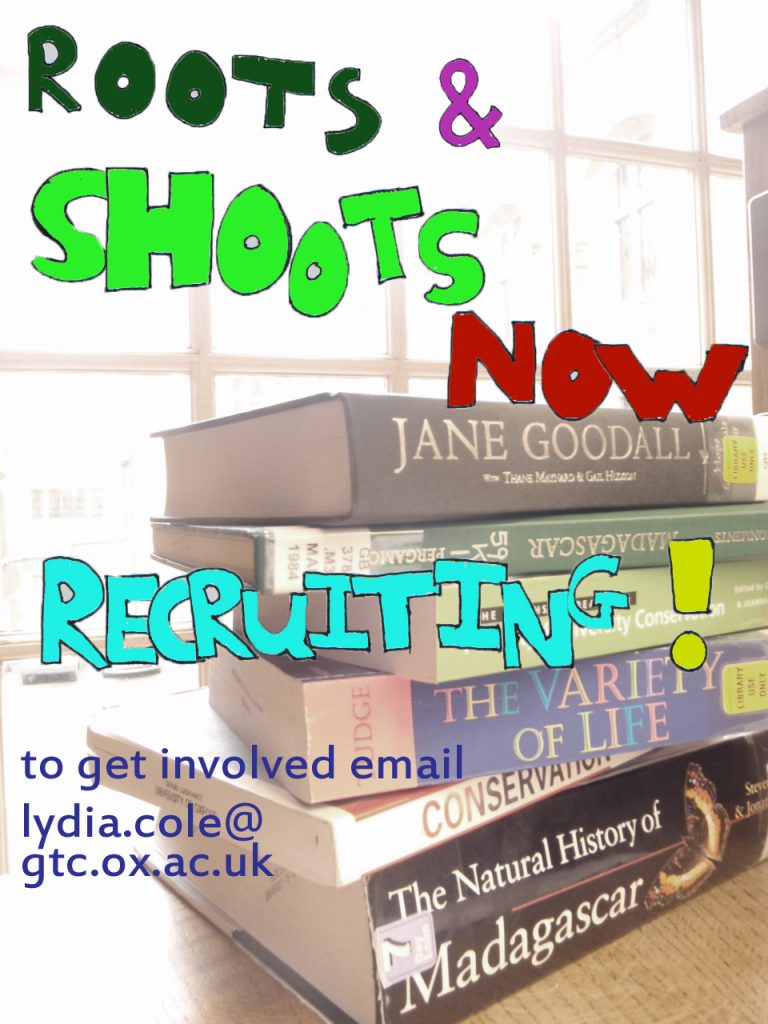