Paper is a commodity used to excess in the modern world. Books, pages, lined paper, blank paper, pamphlets, posters, packaging – everywhere you look, there it is. In a busy school environment, thousands of pieces of paper are used every week – and a good number of these are just wastefully thrown away. Our eco-committee saw this great waste – and decided to do something about it. For the past three years we have raised awareness through posters (admittedly fighting fire with fire); promoted our school websites as alternatives to paper, and where we couldn’t reduce the paper we reused and recycled it. 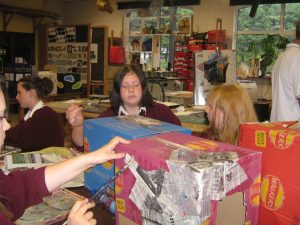 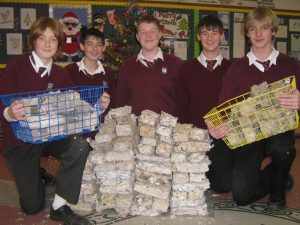 The Isle of Man Government first began paper-saving initiatives by issuing each school on the Island with a large blue recycling bin. Our school eco-council was quick to respond to this, by organising the distribution of large crisp boxes which were supplied to each classroom in the school, as paper recycling boxes. However, over time students lost interest in these bland old crisp containers, many were thrown out by mistake. To make the differentiation clearer, we have recently re-stocked all the classrooms with new, decorated boxes. 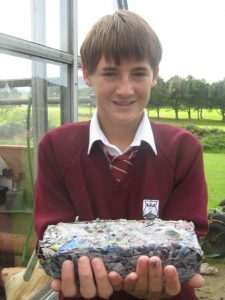 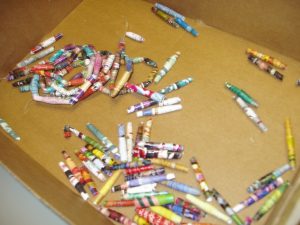 Our other main paper scheme was the manufacturing of paper briquettes, which were then distributed to elderly members of the community as a greener form of heating. We have also made paper bags, paper bracelets and paper baskets.

We had started a tree planting project and we were aware of how many trees were being cut down to provide paper. 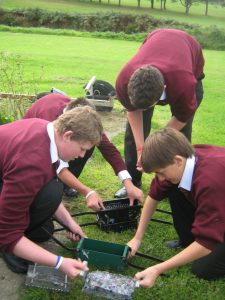 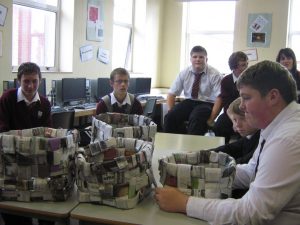 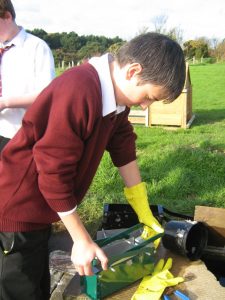 Since homework  was undertaken on our VLE site we have  reduced paper .An  example on the year 7 site 7,640  homeworks were submitted  online between September and December 2010 saving 7,640 pieces of A4 paper.

We have also monitored the amount of paper purchased . Since VLE use Sep 2010 –Dec 2010 635 reams of paper have been used compared to 700 reams for the same period in 2009. We have saved approximately 3 trees as 1 tree makes approximately 16.67 reams of copier paper.

The VLE is our big paper saver – which in its lifetime has saved countless thousands of pieces of paper. Everyone in the school is actively involved within it, and with the introduction of the new Wiki, we wish to go almost paper free, saving both money (which we can invest in other eco plans) and the environment.

Before we started all waste paper was quite wastefully thrown away . Now with our paper recycling boxes paper is taken to the recycling bin and  sent off Island to be recycled at a mill in North Wales. The mill manufactures huge rolls of recycled newsprint which are sold to newspaper publishing groups including Isle of Man Newspapers who use it to produce our local papers (e.g. The Courier, The Examiner etc) so we really are closing the recycling loop.

Over the two years of paper briquette manufacturing we have created 327 paper bricks – recycling approximately 1308 newspapers (where one paper brick weighs 150g, a newspaper 600g, thus four to one brick). It takes three kilograms of wood to create one kilogram of white paper – so if we’ve saved 196.2kg of paper (0.6 x 327), we have effectively prevented the cutting down of 588.6kg of trees on the paper brick scheme alone. 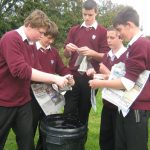 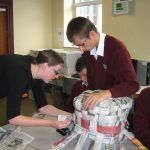 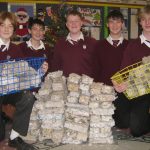 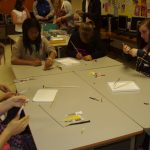 The overall goal for this project was to try and cut down on the amount of paper used within school – and where we couldn’t prevent its use, we recycled it to let it serve another purpose. The school acquired an online VLE (virtual learning environment preventing unnecessary printing and photocopying. We have also been creating paper bricks from waste paper for a number of years – these are then given to elderly people of the community, as a more sustainable substitute for firewood/coal. We realised we were using too much paper – and did our best to stop it. 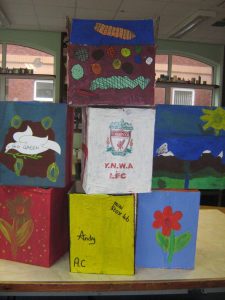