The severe storms which have caused so much havoc to our garden area in recent days has also disrupted much of the work carried out over the last year with regards the establishment of animal habitats and feeding stations. Some of these have been destroyed beyond repair, whilst others have been blown away altogether. We can of course replace all that has been lost but storms such as these do cause irreparable damage such as the loss of two active bee hives near here. 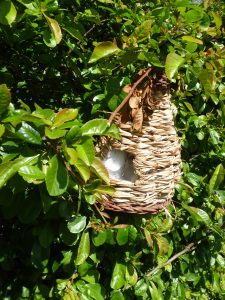 Agents continue to spend time assisting Nick Martin at his Exotic Animal Rescue Centre in Inverness and we have begun to use our experiences with Nick as part of our patter when speaking to local groups and organisations. We hope to accompany Nick to a number of public events this summer as well as making use of his animal knowledge to conduct a series of woodland related workshops. 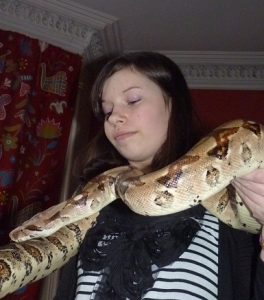 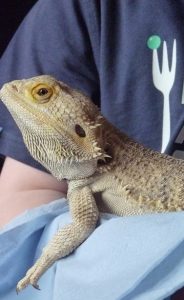 One issue which we have been active in advocating to the public in the last month or so has been the need for individuals to prepare a small portion of their garden with wet mud. Recent winds and unseasonably dry conditions have resulted in ground all over the country being too dry. This is a very real problem to House Martins as they have been unable to complete the building of their nests in time for their first broods to be laid. If this situation continues it could put the continuation of the entire species in this under series threat.

Conversely, RSBP experts in the region have expressed great concern in recent days following the stormy weather as it could have seriously impacted the breeding success of many wild birds. Ground-nesting birds and those who nest on or near water are said to be worst hit as well as birds of prey. One Red Kite nest is reported to have been blown 200 meters out of a tree to the demise of the chick. Upwards of a 1,000 nests on the Insh Marshes nature reserve, are said to be underwater including those of wading species such as lapwing, snipe, redshank and curlew.