The students were introduced to the Roots & Shoots Programme and Jane Goodall’s work in a group setting and then science and geography lessons were used to explore topics of adaptations and habitats.
An outdoor education visit was planned for Chester Zoo to investigate animal adaptations and observe the created habitats.

Educational visit to Chester Zoo 12th November 2010.
A group of students visited the zoo and took part in a workshop to learn more about animal adaptations specific to a Rainforest environment. 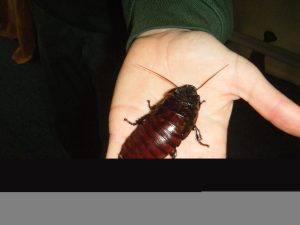 The students discovered that the cockroach was well equipped for a life on the forest floor. It had perfect camouflage as it was exactly the same colour as the leaf mould on the floor. It had a tough shell for protection and could make a hissing sound to deter predators. It had feelers on its head and legs to help it to detect fruit fallen amongst the leaves.

The student noticed that this snake was also well camouflaged for life on the forest floor and could also hide in fallen branches. It can move very quietly using the strong muscles in its body to attack its prey. It has large fangs to seize onto its prey and then uses its muscular body to constrict which ultimately prevents the prey from breathing.

When examining the monkey skull the students learned that it has large forward facing eyes to help find food. There were also large fang like canines for hunting small prey animals and sharp incisors for biting into fruit and molars for chewing harder vegetation.

When the students held the tapir skull they were able to see that it had small eyes on the side of its head to give it a good view of the surrounding area to detect predators. There were sharp incisors for cutting vegetation and large flat molars for chewing hard vegetation.

The students looked carefully at the jaguar skull and found that it had eye sockets at the front of its skull which will help to hunt prey. It had powerful jaws with large canines for seizing prey and sharp incisors for removing the meat.

Science lessons focused on habitats and the students were encouraged to build or create habitats such as bug houses, bird houses, wasp nests and bee hibernation chambers. Students completed the construction of these during technology lessons and then installed them at the allotment. Students were also encouraged to take some of their habitat creations home to fulfill the wider community aspect of Roots & Shoots.

We decided to use geography lessons to study the topic of Fairtrade. Students learned the difference between First World and Third Word countries and were able to identify five individual countries on the continents of Asia, Europe Africa and South America and identify each one’s flag and capital city.
We were able to discuss the benefits of Fairtrade and taste some Fairtrade items during PSHE lessons and then produced a piece of Fairtrade artwork using Fairtrade cotton and an originally designed Fairtrade T shirt. The T shirt was displayed at St. Helens Town Hall during Fairtrade fortnight and children from local schools, their parents and the wider community were invited to attend and taste a number of Fairtrade products and view the art work and T shirts created by other students.
The students were able to understand the aspect of a fair price and fair pay. They were shocked at the living conditions experienced by families in third World countries and the ages of workers, many of whom are children. The students were concerned that the need to work to earn money prevented children from accessing education. 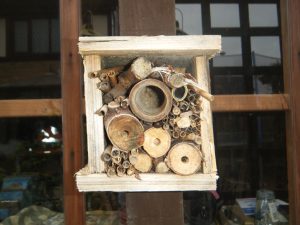 The students decided to complete a project to raise money for a charity supporting people in Africa.
As Christmas was approaching they decided to make decorative Yule logs.
The natural materials, logs and holly were collected from the local area and then brought back into school. The students cut the logs to size and planed the bottom of each one to provide a steady base. A hole was drilled into each log to hold a candle. The students then added holly and some spray ‘snow’.
Each student made a special Yule log to take home to their families and the others were sold at various Christmas events to raise funds for Kamerasi – a charity in Masindi, Uganda. It is a school where all children, regardless of ability are educated. It is a true example of inclusive practice.

As part of the curriculum our students have access to an allotment. The allotment was certified as completely organic by Groundwork Merseyside Environmental in 2007 and we continue to work in this way using recyclable materials such as wood mulch and companion planting to control weeds. Companion planting is the planting of different crops close together on the theory that they assist each other in nutrient uptake, pest control, pollination, and other factors necessary to increasing crop productivity.
For gardeners, the combinations of plants also make for a more varied, attractive vegetable garden, as well as allowing more productive use of space. 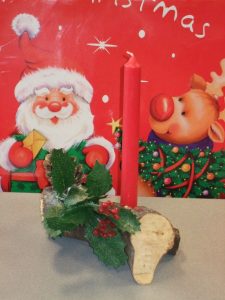 Project to Benefit the Environment

The students spent two days working with the local ranger service to complete a number of environmental activities to benefit the local area and the people using the Sankey Valley Park for leisure.
The activities undertaken included the repair and construction of steps, tree pruning and lopping, general site clearance and Himalayan balsam pull and destroy. 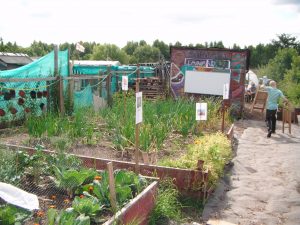 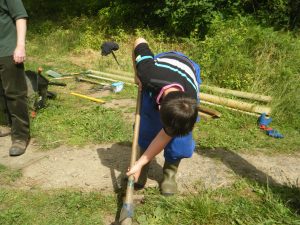 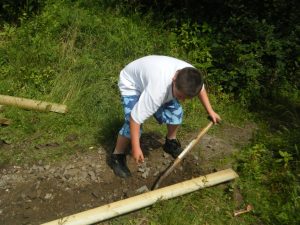