Our team is becoming increasingly recognisable and our new uniforms and vehicle logos have helped establish our identity to the public; we are getting more and more feedback from them with regards what it is they have done either as a direct result of previous contact with us, or because someone they know has spoken to them about us.  Consequently we have also received many requests and offers to either enter into partnership with other groups or undertake an event for them. Whilst this is enormously flattering it also places an enormous strain on a team such as ours with no external resources and extremely limited man power. However, we are slowly evolving a plan whereby members of our immediate team will be increasingly responsible for their own time management and event attendance. We are also developing a strategy whereby we intend to invite members of external agencies to work with us on our existing fixture list in order to not only see for themselves what it is we do and how we operate; but to establish good working relations before commencing new projects with them. 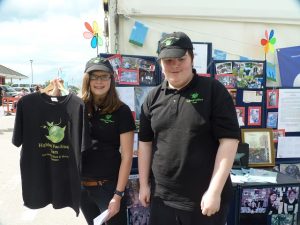 We have been asked to speak with a second pensioner group and this is something we are keen to do as the wealth of knowledge and experience these people have is exceptional. With more and more people incorporating a holistic approach to nature and life in general, their knowledge base is invaluable and we are keen to see if we can emulate similar groups in the USA, and recruit our first Roots & Shoots Pensioner Club. We have also spent time at the other end of the age scale undertaking informal training with potential Roots & Shoots University Team Leaders, in the form of brain storming sessions and practical experience 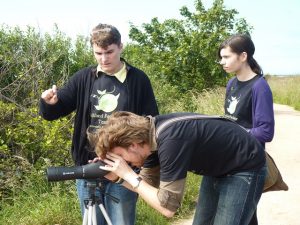 Individual members of our team have continued to undertake other activities and one of our number, spent a week running in the Scottish Six – Day Orienteering Competion, doing rather well in the process. This event attracts over 4,000 competitors from around the world and Heather sees events such as these as a great opportunity to meet people, share experiences and talk to friends old and new. Heather also enjoyed spending a week undertaking a range of challenging activities in Perth, most of which took place in a woodland setting, with young people from a range of countries including Spain.

We have had a very busy few months carrying out public events of all descriptions in an attempt not only to be useful within our community but in order to continue with our campaign to raise the awareness of the Jane Goodall’s Roots & Shoots Programme.  We have taken part in Community Fair’s, Flower Festivals, County Farming Shows as well as providing a watering station for a Poppy Scotland Regional Fun Run. We have also assisted Nick Martin’s Scottish Exotic Animal Rescue Centre for the second year running with one member, Jessica Bird, making this her main priority. 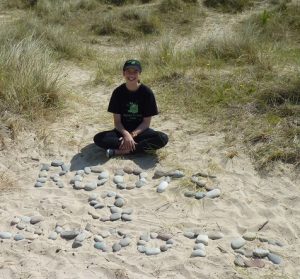 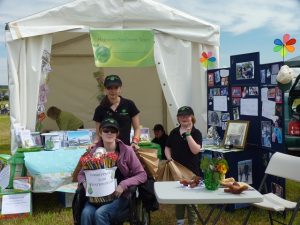 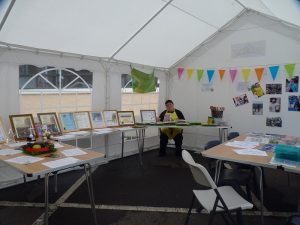 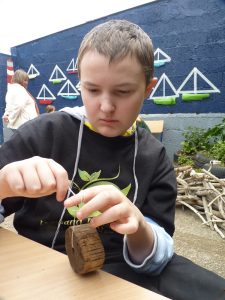 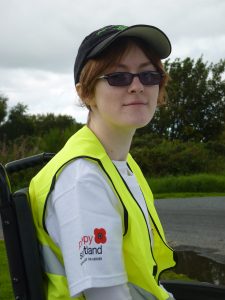 The networking contacts we have made through attending events such as those noted above are phenomenal and from one event alone we not only handed out hundreds of information packs, raised almost £200 for our chosen cause of the day, but received a request from the regional commander of the Girl Guide Association to undertake work with them. We were also offered an interview with the management team of the biggest shopping centre in the Highlands, and this led on to our being offered the chance to work with them over the next year on projects aimed at reducing their Carbon Foot Print as well as opportunities to hold events in the centre. The fact that they then offered us an Environmental Activities Week next September surpassed all of our expectations; especially as one of the events we have been given permission to investigate is the holding of a Fashion Show based on Reuse, Recycle and Renew. The Activity Week is to run in conjunction with a Youth Summit which we are also organising. This is due to take place in Inverness next September and we are currently awaiting confirmation of the availability of our Key Note Speaker before making a formal announcement of our schedule. We decided to undertake this project in recognition of the fact that next year is the 21st Anniversary of Roots & Shoots; and we wanted to do something which reflected Dr Goodall’s vision with regards the worth of young people and their ability to determine positive change.