Once again the weather has been the dominant force over the summer months, with team ventures being cancelled on a number of occasions as a result of designated work areas being affected by heavy flooding, leaving unsafe conditions under foot. We have consequently failed to carry out research projects on behalf of a number of national organisations, although the information as to why we were unable to do so is of some benefit to them. The weather also caused delays in a number of our own projects with the rockery and sensory garden being shelved until next year. However, we have made contact with a local nursery and it is hoped that we can undertake a joint project with them and the creation of an authentic indigenous garden and wildlife area is something we are actively looking into.  The weather did not destroy all of our carefully planted vegetables but few reached a standard suitable for feeding to the delicate exotic animals at Nick Martin’s Scottish Exotic Animal Rescue Centre. However, the rain was beneficial in some ways and we are looking forward to bumper Damson and Pear Crops ready for harvesting in a few weeks. One area of success we have had is in the growing of Hedgerow Saplings for distribution to a number of other groups and organisations. These appear to have thrived in the very wet conditions and although the few remaining ones need potting on or out, it is not difficult to see how they will eventually form a fantastic habitat and shelter for all manner of creatures. 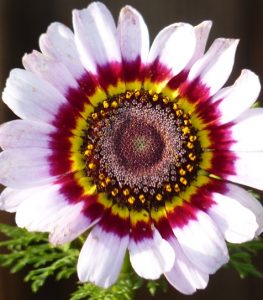 We were able to spend a fantastic day in the company of the Bio-Diversity Mentor for Scotland, Mr Murdo MacDonald and Mr Mike Kendall a Marine Biologist working in Thailand. We had wanted to explore the Bio Diversity of the bay at the bottom of our team headquarters for some time and on a day of warmth and sunshine we spent an exhilarating time wandering over the shallow flats stopping every now and then to dig into the soft sand exposing a wealth of interesting specimens. Murdo and Mike slowly built up a picture of the bio diversity of the beach revealing vast swathes of sea grass and numerous types of seaweed. They were amazed by the cleanness of the sand and water and then disappointed to learn that the local council had just agreed to allow a Waste Facility to be built less than a mile from where we were working, with all end products being pumped into the bay. Notification of this led on to a serious discussion about not only Dolphin protection but that of the beach and its inhabitants; as a result of this we have entered into discussion with SNH and SEPA two national organisations involved in the granting of permission for this type of planning application and having done, so we have established, that previously assumed planning steps have not been taken. The Moray Firth Bay at Ardersier is utterly beautiful and once in a while you can forget you are actually in the far north of Scotland. It may be that we can’t take on a multi pound project but sometimes just be raising awareness you can create a ground swell of opinion which can determine effective opposition; we have at least cleared up some points which were of concern to local residents. 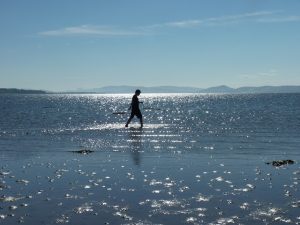 Amy Robertson the newly appointed University Coordinator for Roots & Shoots (and one of our founder members) is due to work with Mike on the establishment of follow up research projects in the bay, which will be offered to university groups should they wish to get involved. One other thing of note which came from the meeting with Mike was the fact that he is currently carrying out work in Thailand with an organisation which was initially involved in the Tsunami Disaster Relief Operation. Mike kindly put us in contact with the manager of 12 local youth groups working in his area of research and we will shortly form a partnership with one of these. 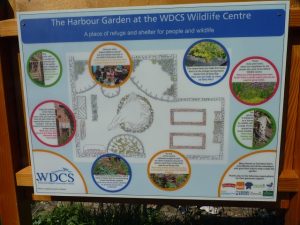 The Whale and Dolphin Conservation Society Rangers at the Spey Bay Centre  have invited the team to be partially responsible for the maintenance of their newly developed Beechgrove Garden. The opportunity came about following a trip to the centre by the team to illustrate to new Roots & Shoots individuals the kind of activity they could undertake when running their own team. The whole day was a great success and because of the teams depth of knowledge and commitment to the environment we were invited to take part in filming for the BBC programme noted above. This led on to the request for us to help out with the maintenance and we are currently discussing ways of taking this further with other group’s as there may be potential for combining an educational trip to the centre, with  practical time in the garden and associated workshops for students. 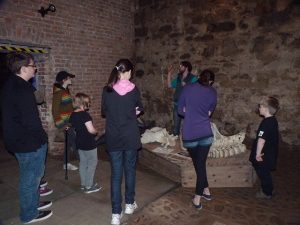 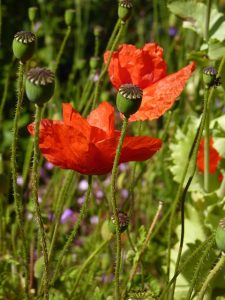 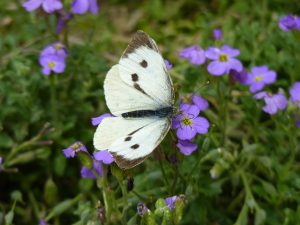 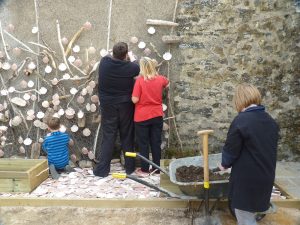 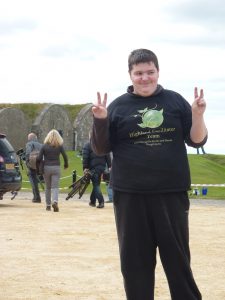 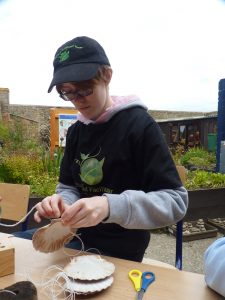 In the near future we are going to be hosting a number of public environmental awareness days across the region, including a Peace Day Take Wing and Pledge event; we are also in discussions with the Operations Manager of our local Shopping Centre about his offer for us to go in and work with them on reducing their Carbon Foot Print. This partnership is expected to last a little over a year and will culminate in our hosting an Environmental Activity Week there next September. Members of our team both here and in England have spent time carrying out activities on the shore and in their local woodlands, we have explored habitats, raised awareness and advocated on behalf of the enviromnet where ever and when ever we can. 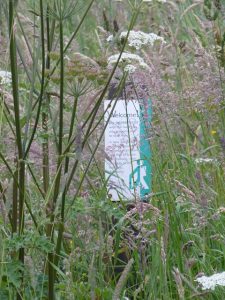 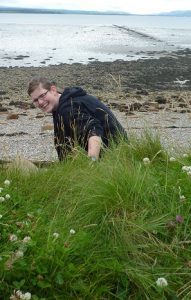 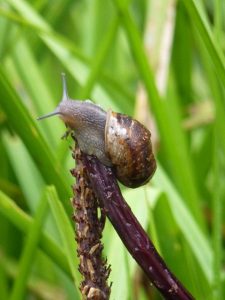 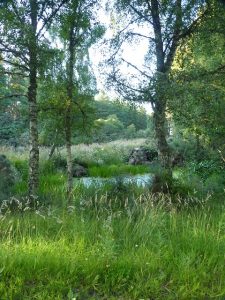 One of the oddest things to happen was the appearance of three Hens in the garden mid summer; they came, they liked and they stayed. Unfirtunately had we kept them it would have affected the balance of the garden and after a few days we called the SSPCA. They came and took them away to be checked and then rehoused…or should that be re roosted? 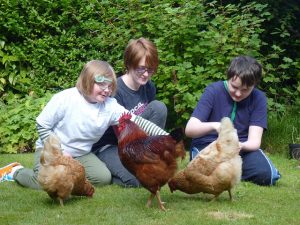 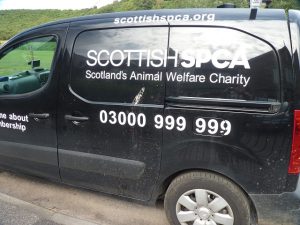