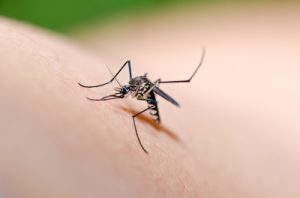 Some people estimate that up to half of all people who have ever lived died of malaria.  Of course we can never know the absolute number, but one thing is certain, an awful lot of people have died, and still do die, from malarial infections.

We all know that malaria still infects parts of Africa, Asia and South America, but did you know that we once had it in the UK too? Some argue that malaria was first seen in England in the 1st century AD, after being bought in by the Romans, and certainly as the British Empire opened up new trade routes in the 15th and 16th century, ships bringing back goods to the UK were also guilty of bringing back far more sinister things (and not just malaria either, the black death was first seen in the UK in Southampton and Bristol probably as a result of infected rats on ships). It is thought that Shakespeare even makes references to malaria in his plays, although in those days it was often just known as “Marsh fever”.

The mosquitos that carry malaria really liked to live on the coast and the marshy fens of England.  We don’t know exactly when malaria appeared in the UK, because records and diagnoses weren’t as accurate as they are now, and because it does not affect the skeleton of the victim (some diseases, such a syphilis, can still be seen on the skeleton centuries after death), but we do know that it existed here right up until the 1950s. In the early part of the last century efforts were made to drain the fens (marshy areas) which the mosquitos so liked and regimented campaigns were put into action to eradicate mosquito larvae, which explains why we don’t have it any more (especially as we definitely have mosquitos!).

Could this ever work in Africa? Well in theory of course the answer is yes. The reality is that England is very very small in comparison to Africa, so the time and effort required to remove malaria was much less. But it’s not all bad news.  On a recent trip to Tanzania a guide told me that the government now gives mosquito nets to all pregnant women for free and that some areas are sprayed for mosquitos.  They’re small solutions but they help, which is great, as recently it was announced that malaria infections have decreased by 20% in the past 10 years .   If that’s not good news then I don’t know what is!

We’ve got a set of three “bite-sized” activities to help you and your class learn about what malaria is, how it affects people, and how you can raise money to help those affected. Why not try them out and write them up for a chance to win a Roots & Shoots award?