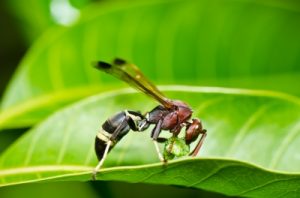 We’ve talked about malaria before in this blog, but of course malaria isn’t the only highly contagious and dangerous disease that mosquitoes can carry. In Florida (and a lot of other places too – but not the UK) mosquitoes carry Dengue Fever, a very unpleasant and often dangerous disease.  So I was interested to read today about a project to introduce mosquitoes that cannot carry Dengue fever into Florida.  The idea is that if you release sterile (they cannot reproduce) male mosquitoes that do not carry disease into the ecosystem this acts as a form of birth control and will reduce the number of mosquitoes in the area and therefore the amount of disease.

The project has been blocked by local residents as they are scared that if you purposefully reduce the number of mosquitoes, this will have a negative impact on the local ecosystem and may harm other living things. This got me thinking, I don’t know enough about mosquitoes to know how valid this worry is (and even if I did, this blog is not the place to say so!), so what part do mosquitoes and other insects that we love to hate (I’m looking at you wasps…) play in our ecosystems?  Well, I found out that some scientists believe that mosquitoes are not all that important, and that if they died out they would soon be replaced by something else that would perform the same task. The main issue with mosquitoes dying out is that they provide a valuable food for birds – this is especially a worry in the Arctic where life is already very hard for the animals that live there. So we certainly wouldn’t want mosquitoes to die out there unless birds had some other food available already.  I also found out that some species of fish feed off mosquito larvae. But would these animals die out without mosquitoes? Well you’d have to ask a fish or bird expert I’m afraid ;o)

On to wasps.  I grew up in the countryside.  We had apple trees in the garden.  Getting stung by a wasp was fairly normal for me when I was a child, but my mother always said that we should appreciate wasps as they are nature’s helpers. Of course there are many species of wasp and each species has a different function, but wasps perform all sorts of tasks from killing spiders and flies, to some species that help pollination, and a surprisingly long list of animals will happily munch on a wasp – from birds and bats to beetles and rats. So I guess they’re kind of useful too, even though I don’t like them.

So should we try to get rid of animals that carry dangerous diseases? Maybe, maybe not. As I said, I don’t know enough about this case to say, and it’s easy to see the reasons why you would want to. All I will say is that scientists need to think carefully about how it will affect other animals and plants before we do and think about what good things would come from it, but also what bad things may come from it.