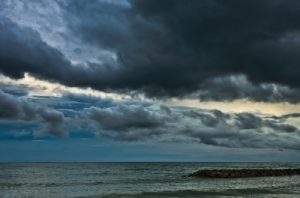 We’ve all seen the terrible pictures that have come out of New York in the aftermath of Hurricane Sandy, but did you know that the hurricane also bought devastation in Cuba and Haiti? You could be forgiven for not having noticed as it has not really been reported in our news. We should also remember that Haiti was still desperately trying to rebuild its self after the terrible earthquake there in January 2010, and the loss of homes and safe water after the hurricane are going to set the recovery back.

There aren’t hurricanes in Europe, but why not? Well, as you know, the earth is constantly moving, and this movement creates disturbances in the atmosphere. Hurricanes start at sea, but not just any sea, it must be warm. This warmth causes water to evaporate into the air, creating winds. The winds lower the air pressure, which means that more water evaporates, so the cycle continues until a storm is created. Once the storm has been created, it moves because of something called the coriolis effect (this is caused by the movement of the earth), so hurricanes move from east to west.  Once the hurricane moves over a landmass, the heat and water source (the sea) are now gone, so the hurricane drops all its water and very quickly disappears.  So you don’t get hurricanes more than a few miles inland – the problem is that in dropping the water and rapidly slowing down, it causes huge amounts of devastation along the coastline.

We don’t want to downplay the effects that hurricanes have on humans, many many people have lost their lives and their homes during this disaster, and we want to be respectful of that, but let’s think for a moment about the effect this has had on the ecosystem.  Storm surges (where a large sea wave is pushed onland) can drastically alter the shoreline (hurricane Katrina in 2005 moved the shoreline by 100m – flooding also caused industrial waste to spill into the local environment), and remove habitats for the multitude of animals that live there. Fast winds and rain completely strip trees of their leaves – bad news both for the trees and the animals that live in them. As storms tend to happen in summer and autumn, they can often disrupt birds migrating (moving somewhere warmer for the winter), causing them to get lost and land somewhere inappropriate. But it’s important to remember that while all this is very sad, a healthy and well functioning ecosystem can cope with it – it’s the endangered species and environments that can’t. This is yet another good reason to look after out plants and animals, we never know what nature has in store, so it’s best to be prepared, both from the human point of view, and the environmental one.

On that note, we’d like to wish those affected by hurricane Sandy well, and we hope that the clear-up operation is quick and effective.