I arrived in La Paz safely and met the rest of my wonderful team, we enjoyed the crowded yet bussling streets full of bizarre gifts. We then headed out for tea with a taste of home at Olivers, a nice English pub.

The next morning we set off on our ‘20′ hour bus journey to the jungle; which soon became a 45  and a half hour trip. The driver managed to get us stuck in a ditch overnight; before a bulldozer came to our rescue. We then discovered we needed to wait 7 hours until the road reopened from road works. Welcome to Bolivia. 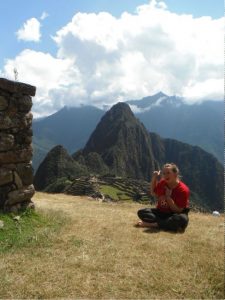 We eventually arrived at Jacj Cuisi, the first of the 2 parks we would be working in, The first task was 16+ people, all our bags and all the construction materials and equipment off of the tiny truck we rode in on. We almost lost Dean off the back of the truck and a crate of tomatoes nearly fell victim to being sat on.

We soon got stuck into work. We experienced the pleasure of hauling sand and rocks up to Simba’s (a puma) cage (a 20 minute walk through rough jungle terrain) and the future monkey enclosure (only 5 minutes walk). We were able to complete Simba’s new management cage after many days of hard work. The management cage does exactly what is says on the tin – it’s somewhere for volunteers to put Simba to manage her whilst her large enclosure is cleaned or repaired, to control feeding times or for any veterinary attention.

We also finished painting the clinic which is a great asset to the park and the best building I actually saw while in Bolivia. We cleared an area for a small football pitch and for future accommodation and planted some banana trees. Sadly, the monkey enclosure didn’t arrive in time for us to build any of it (typical Bolivian time-keeping) but Simba’s cage meant we still had a lot of work to do and we were able to prepare the area for the future construction of the monkey enclosure. 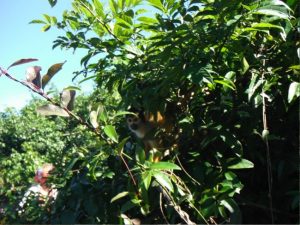 At night we chilled under the Southern Cross, whilst tarantulas climbed around our beds as we slept. We were treated to Spanish lessons by the Bolivians where we learned essential Spanish phrases such as ‘Mono Descarado’ (cheeky monkey), ‘Mono Flaco’ (skinny monkey) and ‘Una Sacapunta’ (a pencil sharpener) amongst others. During our time off in the afternoon we relaxed in the creek, chilling in the hammocks and playing football against the Bolivians. 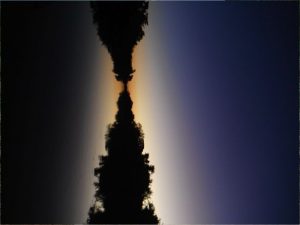 The 20th anniversary of Inti Wara Yassi took place while we were in the park, and we were lucky enough to have a late breakfast for one day at 7:30! We celebrated with a traditional Bolivian Piñata which showered us with sweets, dulce de leche (condensed milk), plastic toys and cereal. During our stay we became friends with some local wildlife; Helen, a tarantula who lived in our house with us and Phil, our crazy bat friend who pooped all over the place. Kevin the caterpillar and Paul the stick insect made numerous appearances, and many fish who liked to nibble at your toes.

From Jacj Cuisi we got a nice break on the Pampas tour after a divine meal of fillet steak, our first meat in 2 and a half weeks!! We pulled up at the riverbank and went by boat to the lodges. The conditions were comparatively luxurious compared to what we’d experienced; big clean rooms with real mattresses, not lumpy straw ones and even a sit down toilet!! We then went out on the river to see the local wildlife, including Cayman an piranhas before being asked to get in the water and swim with the Pink River Dolphins. Took a while but we did it!! We even got up close and personal with Squirrel Monkeys. 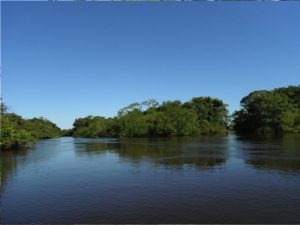 We then began a second long bus journey to Parque Ambue Ari. While not as arduous as the first journey, it still took us 24 hours, but we made it to Ambue safely. Arriving in the dark, we couldn’t see much of the camp at first, but we got the morning tour. The atmosphere was quite different from JC, far more people and more animals around the camp. We all got assigned to our animals and began working the next day.

When people in the park started asking me which cat I would be working with, they laughed at me because he was apparently crazy. How wrong they could be about Vanesso, A.K.A. The Little Prince who is a male Ocelot. I’m not going to lie he does have his moments and a few tantrums but he is an amazing cat to work with. Vanesso is beautiful and has little man syndrome but has an absolutely amazing personality. No day with the little man is ever the same and he certainly keeps me on my toes but he is a pleasure to work with.

In the evenings I get the pleasure of spending an hour with the parks night monkeys. All of them have such unique personalities but they are all so chilled out. They sit on your head and come for kisses; they are so adorable. 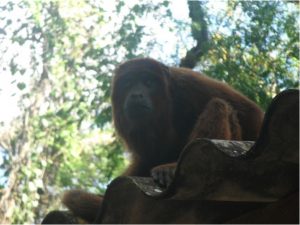 Then the time came to have to leave the animals behind and say good bye to my amazing group. But this was the ending of one adventure and the beginning of another adventure. I met my expedition team by the shores of Lake Titicaca. They were all great people and a bunch of laughs. Our first activity concluded on 2 days of white water rafting which was so cool but rather chilly.

We arrived in Cusco which was Gringo centre, before setting off at 3 am for the Salkantay Trail to Machu Picchu. The trail was so beautiful and we made a climb to 4029 meters above sea level. It was a hard push and we even got snow at the top. The trek was 3 days long with one of the days spent in hospital for me, all the more adventures. But it was all worth the moment we saw the breath taking sight of Machu Picchu.

The whole experience was the best thing I have ever done. I urge people to follow their dreams as you never know what is just around the corner.

I would like to say a massive thank you to Wendy Litherland, Jane Goodall’s Roots & Shoots and Quest Overseas as without these people I would not have been able to have the experience of a life time. 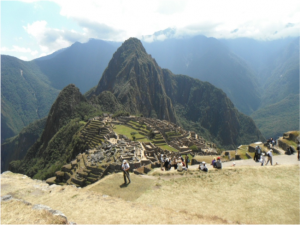