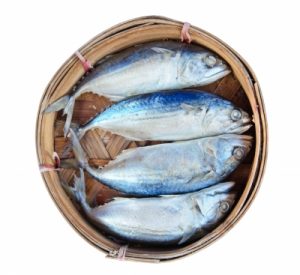 This week the Marine Conversation Society (MCS) has announced that it has taken Mackerel off its list of fish which are suitable to eat. What this means is that there are not enough of this species of fish to go round, and that fishing for it may mean that there are not enough left to reproduce in the future. We have looked before at how one species having a tough time affects those around them (either it means that the animals they eat don’t get eaten and there end up being too many of them to be able to survive, and the next thing down the food chain gets over eaten, or it means that the things that eat the animal end up starving. Nature can be brutal.)

Most people know that there are problems in the sea and that sea creatures are struggling to survive, but because we do not live in the sea, in my experience many people struggle to understand why it is such an issue and why it’s really got anything to do with us.

In the history of life on Earth there have been some periods where lots of species have died out at once, these are called extinction events. There are 5 of these that are grouped together as the ones that saw the highest number of species go extinct, they’re called “The big five”. Obviously, scientists can never be 100% sure what caused these, but it is believed that at least 2 of the five started in the oceans (of the others, one was an asteroid, one was an ice age and the fifth is a mystery). Why would dying animals in the oceans cause animals on land to die? Because a lot of primary producers (small animals which feed on sunlight like algae) live in the sea, and they are at the bottom of the food chain and things at sea tend to be lower in the food chain – just think of brown bears hunting for salmon, and birds of prey hunting for turtles and fish.

So please do encourage your parents to only buy sustainable fish (i.e. those species with enough individuals to mean that taking a few for your dinner means that there are enough left.), the MCS has a list on their website, and there are plenty of tasty and eco friendly alternatives.