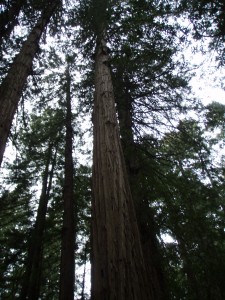 Welcome back blog fans!  I hope you enjoyed your summer and aren’t struggling too much with the new term.  This summer has been full of interesting science stories, but today I want to have a look at the wildfires that are burning in California.  California is biologically interesting as it is home of the Sequoia and the giant redwood tree. These are the largest trees in the world (by volume, so not necessarily the tallest), and grow to approximately 50-85m in height and 5-8m in diameter. If you think about it, that means that the trunk is probably wider than your bedroom.  These trees are not only huge, but they also live for a very long time, with the oldest known tree being 3500 years old. That means that the tree was already a few hundred years old by the time Tutankhamun was ruling in ancient Egypt.

The fires undoubtedly have a high cost for humans and animals. Wildfires destroy habitats and food supplies, and in this instance the fire has got dangerously close to the reservoir which acts as the main water supply for San Francisco (just think of all that ash dropping in the water). But what is interesting, is that despite appearances, fires can actually be good for the sequoia tree. Small fires which stay near the ground can help to open up the cones (the cones are killed by the fire, and open once they are dead) causing many seeds to be released at once, helping them to spread their seeds and reproduce in the highly fertile ash layer left by the fire. Although it seems mean, fires also remove weaker trees, allowing stronger trees to get more nutrients and grow better. The trees also have a natural fire retardant in their bark which stops them being damaged too badly by low level fires.

What is currently going on in California is not a low level fire though, it is a big big fire which will reach the top of the trees and burn their leaves, and these fires are more dangerous for sequoias. Which leads me to one last thing for you to think about: there is a school of thought that attempts by workers in California to limit fires are actually adding to the problem – when small fires burn through an area of forest they clear up everything flammable that may be sitting on the forest floor (pine cones, old branches etc.), if you stop these smaller fires from burning, nothing clears up the forest floor, so when eventually a fire that can’t be contained comes along there is a ready supply of flammable material there to help the fire grow and spread, and that’s what leads to massive fires.

Photo taken by the author.