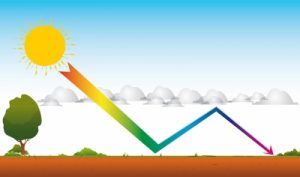 You’re probably aware that the Intergovernmental Panel on Climate Change (IPCC) this week presented their findings on climate change to the UN. If so, you’re also probably aware that they are 95% certain that many of the changes that are being seen in our climate are because of things that humans are doing (carbon emissions from petrol etc). You’ve also probably seen that climate change has had a bit of a pause since 1988.

It’s great news of course that climate change has slowed, anything that helps the current ecological crisis is music to our ears. There are however 2 problems, the first problem is that we don’t know how long this pause will last, or how rapidly climate will change once the pause is over, and secondly unfortunately it allows doubt to form in the minds of the public – it takes their eye off the ball.

One of the biggest problems that science has, in my opinion, is PR. Scientists work with fiddly little details in incredible depth. It is unrealistic to expect people who do not work in the same area as you to take the many many hours it would take in order to understand what you are doing. Climate change science pulls together vast amounts of data from the fields of climate, chemistry, meteorology, plant and animal biology, geology, geography and physics. And that’s just off the top of my head, my apologies to any disciplines that I have forgotten. In order for the public to understand why scientists are so sure that climate change is happening, and that it’s caused by humans you have to understand their arguments, and historically scientists are not good at presenting their arguments to lay (i.e. non scientist) people. They get too caught up in details and do not explain themselves well.

To the contrary, the arguments against climate change are often simple (how many times have I been told to open my curtains and see for myself that it’s not hot today?) and can appear convincing. It’s only in the detail, and in truly understanding what is going on that these arguments can be seen as flawed (by the way, this is the same problem with creationism – evolution is highly complicated and many of the arguments used against it are absurd once you learn a little about it). In order to slow climate change we must get the public on board. In order to get the public on board we must present out argument better.

So for this reason, I would urge you to look at the following two links so that you can decide for yourself whether the arguments against climate change stand up to logic.  The first is a summary of the most important bits of data in the IPCC report.  The third graph shows the average surface temperature of the earth for every decade. You may not see it getting warmer when you look out of your window, maybe the spot where you are standing is not getting warmer. But the spot that you are standing on is only one point on a large planet – do not let anyone tell you that the planet is not warming. The second page is a discussion on the 10 most common arguments against the existence of climate change.

Once people accept that human caused climate change is happening, and will make life harder for future generations of children and that the greatest effects will be felt first by the poorest people on our planet (in Africa for example), I honestly believe that they will start to think green, but this will only happen once people start to be able to understand the facts for themselves.