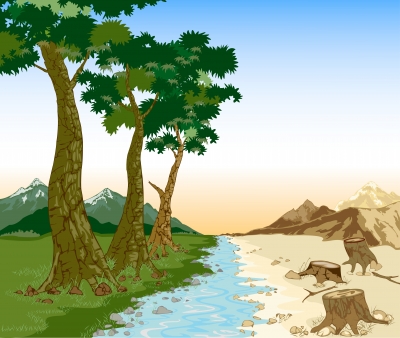 Some less than cheerful news for you today blogfans, although there is some fabulous technology.  I’m guessing that you’re familiar with Google Earth – Google’s satellite imagery programme that lets you look at (almost) anywhere on Earth from above. Well, the University of Maryland has used the technology to put together a series of Landsat images and last week they released some disturbing results. The images they have created show the extent of forests on the planet and the different colours show areas of forest growth and deforestation between 2010 and 2012. Two short years. Click on the link above and, like me, you may be shocked at the size of some of the red (deforestation) patches.

Many of us are already familiar with the problems in the Amazon, and in SE Asia – so I’m sad to say that I wasn’t so surprised by those. What jumped straight out of my screen at me was the big red patch in the middle of north America (Saskatchewan in Canada – due to mining and agriculture), and a second one in east Siberia. On the positive side, what also struck me is how Brazil have managed to slow their rate of deforestation, so it’s not all bad news (it’s up again in 2011-12 though so too soon to get complacent). For me, the interesting thing is that the worst damage is not where I would have expected it.

It’s worth reading through some of the sobering facts. The Earth lost 2.3 million square kilometres of tree cover between 2010-2012, due to logging, fire, disease or storms. That’s forest that can take decades or centuries to grow back to its original state. This is damage that will take at least a generation to undo, probably more. And that’s only if anyone actually does anything about it.

Well, dear readers, you know me, and I always like to end on a positive note. Here it is: information is power. When someone doesn’t know, or is in a position to pretend to themselves that they don’t know, they can do nothing with an easy conscious. This map will be updated every year, so every year we have the best tool to name and shame countries that aren’t looking after their forests. We have the tool to pressure governments. We have the tool to only buy products from areas where we can SEE that reforestation rates are in line with deforestation. So I would encourage you to get involved, and check out the map every so often, just so that you’re informed, and you can adjust your consumer choices appropriately.