The Oscar winning actor’s ties were delivered to St Christopher’s High School in Accrington and used to help create the outfit for the recycling-themed ‘Trashion’ show.

A dress made up of ties donated by Hollywood actor Colin Firth has graced the catwalk as part of a school’s unusual fashion show.

The Oscar winning actor’s ties were delivered to St Christopher’s High School in Accrington and used to help create the outfit for the recycling-themed ‘Trashion’ show.

School bosses said Firth, who actively promotes social responsibility, was one of the first to respond to the pupils’ appeals for items to recycle into elegant dresses.

Other recycled outfits included a Holland’s Pies dress, one made from leaves and another from foil and crisp wrappers.

The school hall was the centre of attention for fashionistas with an enthusiastic crowd of around 250 pupils, staff and guests gathering for the Trashion Show.

Creations from more than 20 Year 9 pupils and sixth formers were shown off on the catwalk and will also be shown during a national awards event in London next month.

Textiles teacher Mrs Anne Morrison, who coordinated the event, said she had been amazed by the students’ enthusiasm and determination to create fashion from waste.

She said: “The outfits are thought provoking and look spectacular.”

Headmaster Richard Jones said he was delighted with the response of pupils to the challenge.

He added: “Encouraging young people to have a sense of social responsibility is so important and this initiative, along with many others at St Christopher’s, helps to embed that sense of our students being citizens of the world.

“For once we are able to award top marks for rubbish work.” 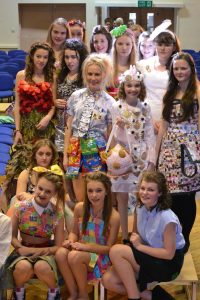 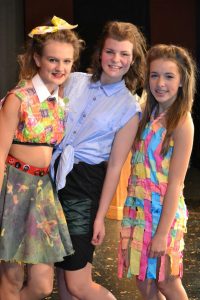 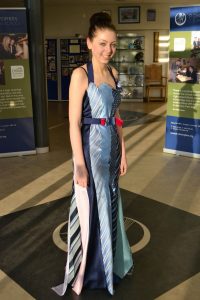 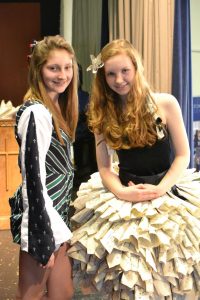 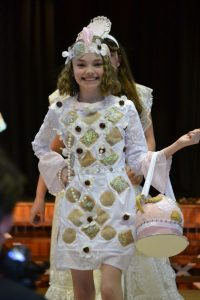