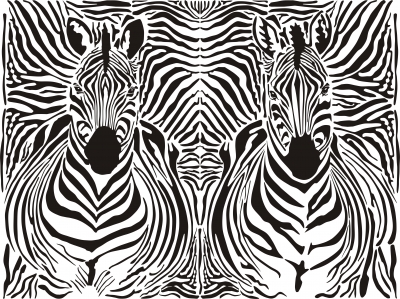 Ever wondered why some animals don’t seem to be camouflaged at all? Camouflage (think the khaki that soldiers wear, but on an animal) is nature’s way of protecting those at the bottom of the food chain by making them less easy to spot for other animals that would like to eat them. So for example, mice are often brown, black or sandy coloured – this makes them hard to see in the grass or against the bare soil or sand. These animals have evolved in this way as it gives them an evolutionary advantage – brighter mice would have been more visible to the animals that eat them, and therefore would have been killed younger, and would not have reproduced and passed on the gene for bright fur, so over time the population becomes darker (in this case) and more camouflaged. Evolution doesn’t have a clear road map of how animals will adapt and evolve – natural selection (the process by where stronger and better adapted animals live longer and therefore reproduce more) simply means that certain characteristics are better suited to the animals environment, and therefore are more likely to be passed on to future generations of animals.

So with this in mind, have you ever looked at a zebra and wondered how such a stripy, brightly coloured and distinctive animal manages to survive in Africa? Well you’re in good company, Darwin himself was also confused, but now, thanks to computer modelling, science may have an answer. The stripes cause confusion and make it hard for an animal that is chasing a zebra to see how the zebra is moving and what its legs are doing. A computer model showed that the stripes of the zebra were confusing to predators and gave misleading information. This is because many animals (including humans) have motion sensors as part of our eyesight, leaving us vulnerable to optical illusions. Think of the spokes of a wheel; when the wheel turns fast enough you may have noticed that the spokes appear to go in the opposite direction – this is known as the wagon-wheel effect. On a personal level, I was lucky enough to go on safari in Africa a few years ago (I know, just getting that in there…) and it’s surprising how hard it is to see a herd of zebra when you’re looking at them from a distance.  So maybe the stripes are cleverer than you first think.

So, I’ll leave you with some cool examples of camouflage in animals (leaf tailed gecko, some more fun examples here and here), and wish you a merry Christmas and a happy new year – see you in 2014 bloggers!