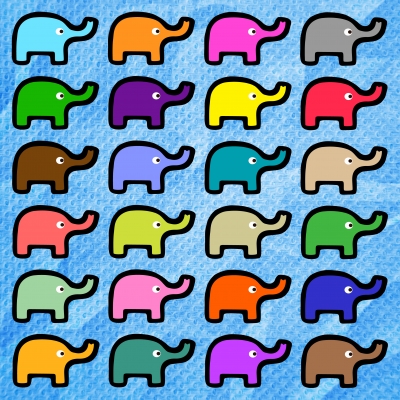 Happy new year bloggers! I hope you all feel refreshed after the break and that you all kept your eye on the science and eco news 😉 (what’s that? You didn’t? You surprise me)- not to fear because we’re on it!

One thing that you may have missed is that China has started destroying ivory stocks and this week destroyed 7 tons.  This is an interesting tactic in the fight against the illegal ivory trade and deserves a little discussion.  As previously discussed on this blog, the international sale of ivory has been illegal since 1990, but sadly poaching and illegal sales still persist, with ivory still being popular in various countries, including China (China is the biggest market in the world for illegal ivory).  No I don’t get it either. Anyway, even though we don’t like it, and it’s morally wrong, there are people who want to buy ivory.

So why destroy the ivory that you have? Well, there are two schools of thought here.  The first is that if you allow some ivory to be bought and sold then people who will buy it anyway will buy the old stuff, therefore no new elephants will be killed for ivory and that destroying what ivory you have pushes up the prices of the illegal ivory trade and means that poachers believe that they can get more money for killing elephants. The counter argument is that by having any ivory at all, you are making it an acceptable thing to want to own. China has also said that it is doing this as a show, to prove that they will not stand for the illegal trade.

Interestingly, these are often the same arguments used for and against people wearing vintage fur (if you wear 100 year old fur then no new animals are killed, however, if you wear fur you help it to be fashionable and acceptable again, so you push up demand and suddenly lots more new fur is being produced).

The problem here is that there is no way to look into a crystal ball and see whether this action by China will have a net positive or negative effect on the ivory trade, although obviously we approve of the message they are trying to send.  Ultimately the biggest and best change that can come is to stop people wanting ivory (and to stop making it profitable for poachers, but this is a different issue), and this comes through education and changing attitudes – this move has certainly publicised the issue in China, and that can only be a good thing. This change will come over time, I have every faith in that – just look at how attitudes have changed in Europe over the past 50 years – I just hope that this change comes before it’s too late.

As a final thought, I’d like to point you all to this article on 10 new years resolutions to make for a life less filled with plastic.