Andover Trees United Team part of the Roots & Shoots programme, was nominated as one of the top three shortlist at the prestigious Observer Ethical Awards. In association with Ecover, the awards have been running for nine years and are the Observer’s flagstone in recognizing and awarding environmental and social justice. They celebrate the people, organisations and campaigners who are leading the way to ensure an ethical and sustainable future.

This year’s Award Ceremony took place on 11th June at One Marylebone, London. 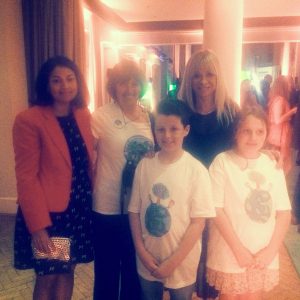 In 2 years they have already planted nearly 2000 trees.

In the children’s own words: “Something good. Plant more trees in Andover. Stop global warming. All the schools working altogether is what makes it possible. Working together we might get to plant even more trees. It’s hard to do it on your own.”

The judges, which this year included our own Executive Director, Tara Golshan, agreed it was one of the toughest year’s in which to choose a winner so being nominated in the top three was a tremendous achievement. Well done Andover.