The Liverpool John Moores University Greenpeace Society, LJMU Greenpeace, have participated in many campaigns and events aimed at improving local biodiversity and decreasing the carbon footprint of our university, both by education and by direct action- increased recycling and decreasing energy consumption, and tackling issues of global importance such as deforestation, fossil fuel dependence, unsustainable fishing practices and advocating ethical companies.

As the society is quite young, only been given the go ahead in march, we have had little time to try and make a difference…but it hasn’t stopped us trying! During our short time we have been campaigning tirelessly.

We are always active in different campaigns. Our first campaign as a society was to get the huge transnational cooperation, Proctor & Gamble, to commit to a zero tolerance deforestation policy in regards to the palm oil they used in their products. We went with the tag line ‘ Head and Shoulders: I’d rather have dandruff than deforestation!’ and took to the streets of Liverpool and to university campus to make people aware of the huge level of deforestation that was happening in Indonesia as a result of the palm oil industry. We engaged over 40 members of the public and over 88 students, who agreed to have their photo taken with our campaign poster and many more that were camera shy- we really were fearless for forests! Not only this but we used many other methods such as Greenpeace’s online petition to gather support…it’s fair to say we lived and breathed this campaign until P&G finally gave in (quite rightly) after nearly 2 months of dragging their heels and we were ecstatic!

LJMU Greenpeace have also participated in several events aimed at addressing the unsustainable fishing practices that have been used by several big companies across the UK -most notably- Tesco. Using purchasing power (purchasing their tins of tuna and then returning them one after the other) we pressured Tesco into telling their brand, Oriental & Pacific, that they should only use 100% hook and line caught tuna and that any other way of fishing was far too detrimental to other forms of wildlife. Needless to say- Oriental and Pacific have given in and committed to stop destroying our oceans, along with several other big supermarkets such as ASDA who stated they’d have only 100% hook and line on their shelves, forever! Furthermore, we have participated in several surveys in which we documented all the forms of tuna in supermarkets around Liverpool and our home towns, the next stage of our campaign is yet to come and no doubt there will be more campaigns and tough fights ahead!

We have also participated in several surveys for the Formby Wildlife Trust, this is aimed at getting a better idea of what the biodiversity in the area is like, identifying several species on the dunes and try to work out which areas should be given priority concern for conservation efforts.

Furthermore, we have participated, in line with other societies, in the removal of invasive species on the Formby dunes, chiefly holly which can severely impact the ecology of the sand dunes. While we were removing this holly we also burned in to prevent the plant from growing shoots and spreading to other areas and planted used Christmas trees to stop the dunes being eroded by wind. This work is vital to stop human actions decimating the already reduced natural habitats of England.

During our time as a society, we have also participated in the relocation of natterjack toads at Formby, this was to give the toads a better chance of survival in an area where there populations were less saturated. Work like this is vital to restore the dunes to their full glory and so the ecosystem can be as healthy and functional as possible. 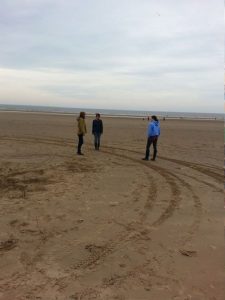 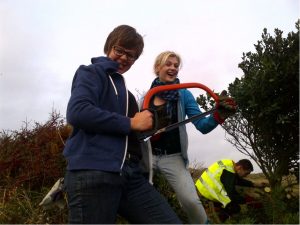 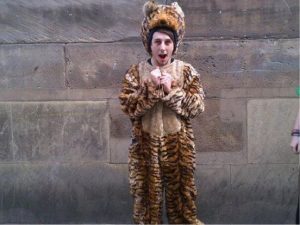 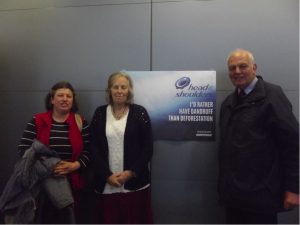 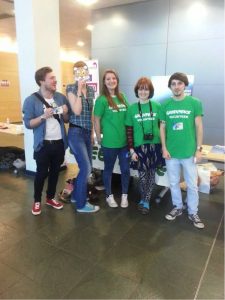