Evendons Primary School’s journey began in August 2012 when local parents met to discuss the need for a local primary school in the area in order to accommodate the growing demand for primary school places. The recent closure of the White House School, and independent preparatory school in the heart of our community was suggested as an ideal site for a new community school.

In 2012 the now formed Parent Proposer Group submitted a bid to the Department for Education for the proposal for Evendons Primary School. In March 2013 came the exciting news that the bid had been successful and the school was being granted permission to be opened. The site was acquired and the Parent Proposer Group set the wheels in motion producing a detailed project plan pooling skills and resources from within the group to create the school. Working in conjunction with the Department for Education the group set about recruiting a Head Teacher, creating an identity and a brand for the school, and through targeted and broadcast marketing campaigns (social media, leaflets, email, outdoor banners, local press advertising, PR and events) began to promote the school to prospective parents.

Patrick Pritchett was appointed as Head Teacher in November 2013 who very quickly with his wealth of experience became proactive and embedded within the Parent Proposer Group to achieve the school’s vision.

In April 2013 the Evendons Primary School Trust was created. The Trustees Hilary Grealis, Martin Hannaford and Helen Thorndyke who were all members of the Parent Proposer Group are responsible for the appointment of the governing body that will set the strategic priorities for the school; hold the school leadership team to account for the schools educational performance and improvement, and ensure proper running of the trust.

The sale of the White House was completed in October 2013 and the team began to work with the contractors to renovate the building to modernize the site to be fit for purpose for opening and to future-proof the school for its growth.

The school opened on September 4th 2014 with 100 pupils, which far-exceeded the Parent Proposer Group’s initial target at the very start of the process of 25 pupils!

There are around 15 parent founders that have worked on creating a school over two years, Patrick has been employed since April but has been involved since last October, there have been many marketing campaigns and advertising stands in Wokingham over the last 2 years and many meetings with just about everyone you can think off.

Every last detail has been carefully thought about, including the chairs!

Without the work of many dedicated people the school would never have happened, there have been long days, late nights and many hours invested, most of which have been given freely and without charge. 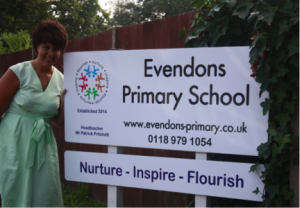 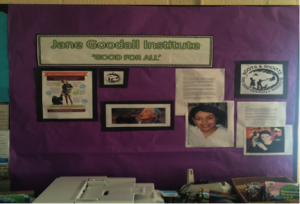 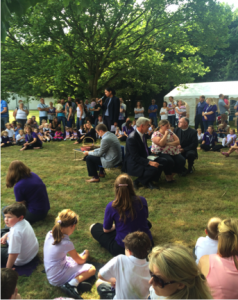 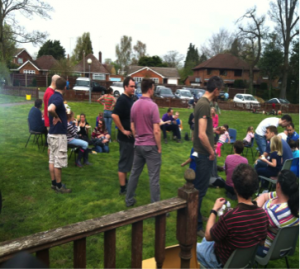 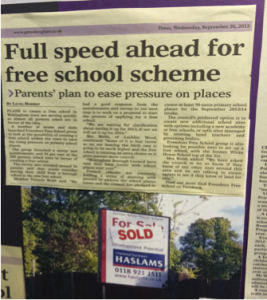 Tara Golshan and Jasmina Marcheva was privileged to attend the school opening, where Tara gave a speech and we are now proud to have Evendons part of our Roots & Shoots programme and hope to help them with all their projects and activities.