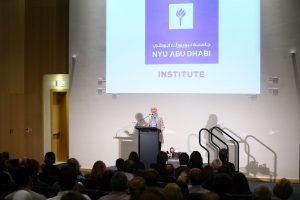 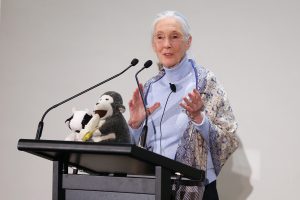 The programme started in UAE a year ago, supported and funded by the Environment Agency – Abu Dhabi (EAD). EAD has been promoting Environmental Education and awareness since its inception in 1996. EAD has partnered with The Jane Goodall Institute to establish the Jane Goodall’s Roots and Shoots Programme in the UAE.

Maya Korayem from EAD said: “When Her Excellency Razan Al Mubarak, the Secretary General of EAD, foresaw to partner with this gentle yet effective program in early 2014, it was not only to introduce to the UAE community the fun aspects of getting our hands dirty for a good cause, but also to tell the world what our community here has been doing for conservation and care for our planet. The Environment Agency’s backing has catalyzed this program’s outreach and growth in Abu Dhabi, by furnishing the ideal proactive government platform. Also, the unique angle that Abu Dhabi brings to this program is its incredible diversity, which draws on so much talent, creativity, and resourcefulness.!”

The Roots & Shoots celebration was a huge success. Students gathered together at NYUAD to display their work and activities undertaken so far in making this world a better place through positive programmes in the areas of animals, the environment and the human community.

Students prepared slideshows, charts and videos showcasing their conservation projects Each school also prepared a poem or song for Dr. Goodall in commemoration of her 80th birthday. Dr Goodall then addressed the students and told them stories about her times with the chimpanzees and the major role her mother played in her life. Afterwards, the students had lunch with Dr. Goodall and were able to share exciting new ideas with each other for future collaborations.

Salma Alwi from Emirates Private School Abu Dhabi said that they started the Roots & Shoots program in October in their school. Since then, they have been able to build a decomposer pit and garden in the backyard of their school. When asked about her encounter with Dr. Goodall, Salma smiled and said, “It was really incredible. We heard that we were coming here and presenting our work but we didn’t think that she would actually be here. It is such an inspiring moment to meet someone who is responsible for all that we have done through her organization. It was just amazing.”

NYUAD student Fisher Wu (Class of 2017) was excited to be a part of the Roots & Shoots celebration in Abu Dhabi. “I joined Roots & Shoots in Shanghai 9 years ago, since then R&S and Jane have changed my life so much. This is my third time to see her in person, but it is the first time I really spent some moments talking to her. It feels like a dream come true. It is both wonderful and amazing that I felt so much energy coming from Jane while talking to her and listening to her. She gives me reason to pursue my passion in protecting the environment.”

Alison Hibbitt, a teacher with the British International School in Abu Dhabi said that her school has an eco-club for just under a year, which will now come under the umbrella of Roots & Shoots. She expressed her views about the conference and what she thinks the club has in store for the future, saying “I will take my direction from the children. I should imagine they have been wholly inspired by this event here today. They are a very enthusiastic bunch and I know that when I get back to school I will be told about what they have planned and the ideas they got from the other schools that were here. I think from here on it will be child-driven rather than teacher-driven. I imagine in the car on the way home it will just be endless chatter about what is next for the group.”

NYUAD student Maryam Rasheed Al Hammadi (Class of 2018) also had a memorable meeting with Dr. Goodall at the event, “Meeting Jane Goodall was definitely an intriguing experience for me. I had been involved in Roots and Shoots for a while when I was younger – to see Dr. Jane felt like part of my younger self, in all her excitement and bubbliness, came back. I was also surprised when Suparna invited me to walk Dr. Jane, along with Fisher, around our campus. I had told her, in all earnestness, that I wish I had met her when I was younger.” “Well, you’ve met me now,” said Dr. Jane. “But it would have been more magical back then,” I said. Dr. Jane then proceeded to tell me how her life now, at age 81, is a lot more magical than it was before. As we said good-bye, she said, “Don’t lose the magic.”

Tara Golshan, Executive Director, Education with the Jane Goodall Institute commented on the Roots & Shoots celebration at NYUAD adding, ” It is a privilege to be able to bring the Roots & Shoots programme to the UAE. We very much look forward to a very exciting partnership between NYU and JGR&S in reaching young people through education and engagement in order to protect and nurture our future planet earth.” 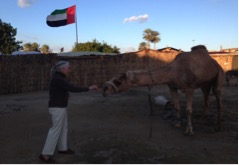 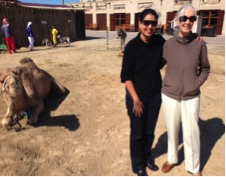 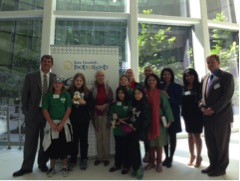 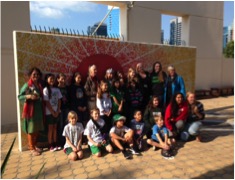 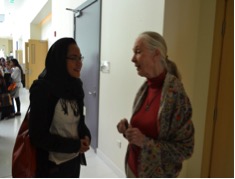 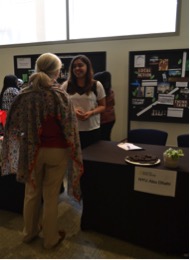 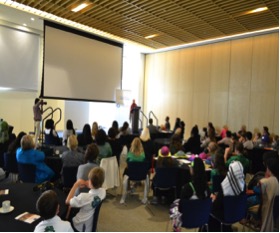 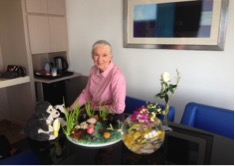