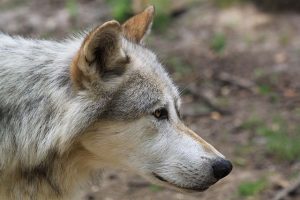 This week I read about Paul Lister’s plans to Re-wild his Scottish estate, encouraging native species and one day, he hopes, reintroducing species such as beaver, lynx and wolves. It’s a lovely idea but I’ve been wondering, how do you decide what to get rid of, what to keep and what to bring back? For example, back in 2003, the RSPB eradicated the Black rat from Lundy Island. They were an invasive species who were threatening Lundy’s rare seabirds. Fair enough, except that the black rat was introduced to the UK 2000 years ago – the same time as the Brown Hare, which conservationists are trying to protect. So what is native?

Then there’s the issue of farming. Over the millennia, forests have been cut down to make way for pasture or to plant crops. Re-wilders say we can turn such land back into wilderness, generating income from tourism. But; how are the tourists going to get there (you’ll need to build roads), where are they going to stay? (build some hotels?) and what are they going to eat while there? (since there’s no local farms, food will have to be shipped in). And if everyone is busy going to the wilderness to “reconnect with nature”, it’s going to get pretty crowded – not great for the wildlife.

It gets trickier when you consider the global food crisis. We may not notice it here in the west, but the world’s population is booming and there simply isn’t enough food to go round. Whilst I love the idea of turning a flat, boring monoculture of wheat into a woodland teeming with wildlife, there’ll be many dead against the idea and with good, humanitarian reasons.

But I think my main concern with re-wilding is this:

Humans have been shaping this Island for hundreds of thousands of years. We are inextricably linked with our landscape. Who can decide what it should or shouldn’t look like? There are many reasons for managing and conserving ecosystems, but ultimately they all come down to this – because it makes life better for us people. I’m all for re-wilding, but working out how, when and where is going to be a serious challenge.