In January we attended a fracking rally in Preston which was the date of a major decision on whether to allow fracking at several sites in Lancashire, mostly around Blackpool. The LJMU Greenpeace Society attended the rally with our ‘Not for Shale’ and ‘Frack Off’ signs. We and a few others from Merseyside Greenpeace made Greenpeaces presence really felt and along with many other organisations such as Friends of the Earth and Frack-Free Lancashire. We really tried our best to make the feelings of the people felt…hardly ANYONE in Lancashire wants fracking so we wanted the council to know this. The decision was made on the day to defer the decision to the 29th April and then to the 23rd of June, where a few of us will be attending.

In addition to the rally, much of our work this year has been centred on fracking as it is an issue highly important to us all and a priority of ours as we don’t want the North to be the ‘Great British fracking experiment’…we like our water clean not filled with chemicals and methane. So with this in mind several of us made our way round the shops with posters stating ‘Im not backing fracking’ and encouraging people to ask their parliamentary candidates for the election where they stood on the issue. We had much success around Liverpool with many displaying them in the windows and for the pubs (that us students are obviously familiar with) we gave out anti-fracking beer matts! 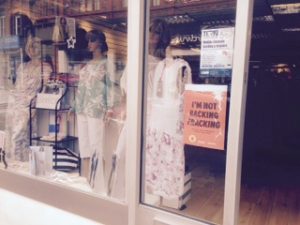 Not only this, but we were given a few signs made to look like road signs that we put round a few pro-fracking MP’s offices and also at certain places in Blackpool where they plan to frack. These read ‘frack free zone’ and also we had a few speech bubbles with an anti-fracking message that were placed at various locations! This was a fun activity and a way of getting our message across to the general public in different constituencies where fracking may not be an issue they hear a lot about.

In February we took on the role of Forest Defenders in Liverpool to try and stop Santander from funding the disgusting paper pulping company APRIL that has been decimating rainforests right across SE Asia. It was found that Santander had given them loans to the tune of 450 million pounds! Protecting the lungs of the earth is everyones responsibility so we were up in arms about this issue! This included giving out leaflets outside Santander in Liverpool and engaging with their customers as they went into the bank to inform them how their bank was spending their money-many were absolutely disgusted and had no idea! We also snuck leaflets into their display stands for people to find while they pondered over their current accounts and investments. It appears to have worked because after 2 weeks Santander cut all their ties with this immoral company…however it may be too late for the rainforest that was destroyed with their money. 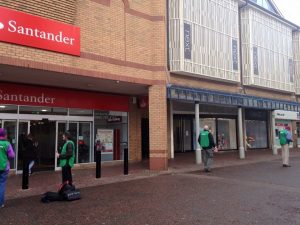 In March Reece gave a talk to the Rotary Club of Blackpool South on elephant poaching and their conservation as part of trying to raise funds for his research project aimed at assessing elephant-vegetation interactions. The Rotary Club said it was one of the best and most informative talks they had had for a long time and were rally impressed with Reece and his passion. As a result they pledged 250 pound towards his research and a further 250 pounds from a trust fund in the name of a deceased member. 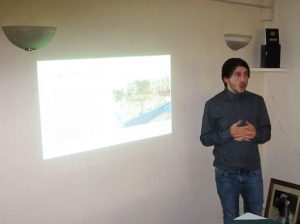 With fossil fuels being in the news a lot lately, we were keen to find out what investments LJMU had in the fossil fuel industry so we submitted a freedom of information request on this matter. It turns out that LJMU have no investments in fossil fuels….GOOD TIMES!

On March 28th a couple of us from the society took part in WWF’s earth hour. As students, we love any opportunity to dress up and this seemed like the perfect opportunity!! We chose to dress as super heroes  as we are trying to save the world ;)! It was a great night and we all enjoyed sitting in the dark playing games and having a good time before we headed on a night out. 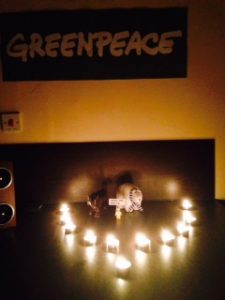 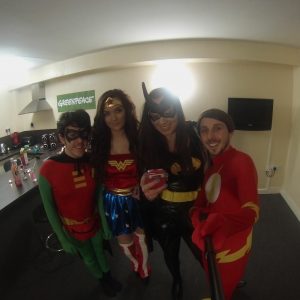 We had a permit to collect money for Greenpeace at Liverpool central station with Merseyside Greenpeace at the end of May. We had a long day from 9-5 but managed to collect over 330 pounds! It did help that we had a polar bear and a few tigers helping out throughout the day! 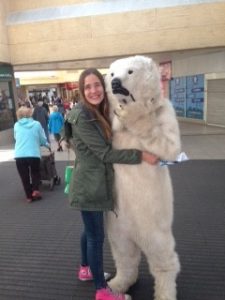 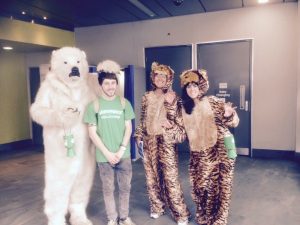 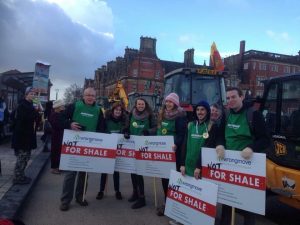 On world oceans day and the day before we took part in Liverpool’s maritime festival at Albert Docks maritime museum where we engaged with the public and school children on important environmental issues such as our fight to save the Arctic and stopping pollution. It was a lovely sunny day and we were joined by other charities such as the Wildlife Trust and Blackfish which made for an interesting and educational day for everyone.

In the next couple of weeks two of our members are off t Glastonbury with Greenpeace to promote environmentalism and conservation to the masses while having an amazing time! Reece is going to South Africa to do research on elephant vegetation interactions in order to advise on their conservation on a Reserve.