On Thursday 16th July Andover Trees United was lucky enough to get a visitor from Columbia.

Calixto Suarez came to visit having heard of the project through his work with the Jane Goodall Institute, Colombia. He has been travelling the world for the past 15 years as a messenger of peace. 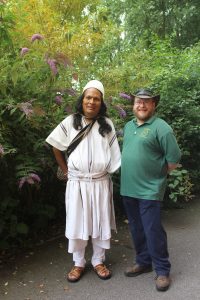 Mamo Calixto Villafane Suarez is a spiritual authority and shaman Arhuaco (Mamos), he is an ambassador of the Mamos from the Arhuaco people.

The Arhuaco, Ika or Ijka, are Amerindians who live on the southern slope of the Sierra de Santa Marta, Colombia and consist of nine thousand people. In the Sierra Nevada of Santa Marta, a massive block from the Andes Mountains, there are thousands of endemic species, thanks to the variety of climate; it is just 42 km from the coast of the Caribbean Sea, but at a height of 5,800 meters is the snow line. This mountain range is regarded as a living body to their native country, a land of peace and for peace, which allows them to maintain harmony and balance with nature. The Arhuaco call it “Umunukunu” or “Heart of the World” and UNESCO has recognized it as a World Heritage site for Humanity and the Biosphere.

He was in the UK for 1 day only, while touring Europe, so we felt very honoured he chose to visit us. During his visit he was taken to visit 2 schools in Andover who were kind enough to let us disturb them in the last week of school, Balksbury Juniors and Portway Juniors. He was able to communicate (through a translator) with students about their involvement with the project and their thoughts on the environment. During his time in Andover he also visited a community orchard on Augusta Park, Rooksbury Mills nature reserve and Ridges Copse (a local woodland) as well as being taken to Harmony Woods, to show him the work of the children of Andover. The visit allowed him to meet some of the organising members of Andover Trees United and learn more about the project.

We’ve had a wonderful day! Thank you very much Roots & Shoots for making this visit happen! 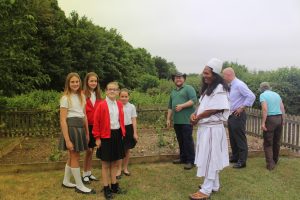 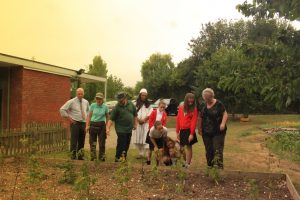 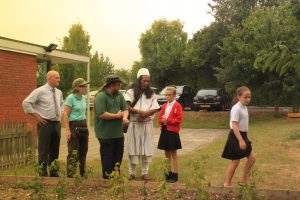 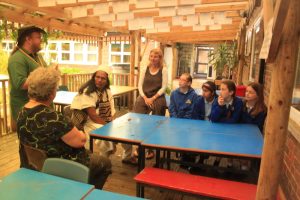 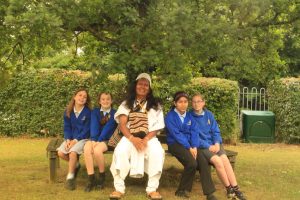 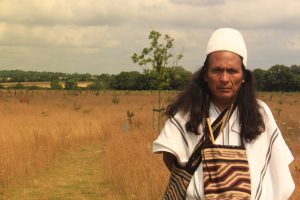