Science students at Applemore College have just heard they will be taking part in the Royal Horticultural Society’s Rocket Science Experiment.

The RHS Rocket Science project, in partnership with the UK Space Agency, is a UK wide experiment and a fun, interactive way to get students thinking about how plants might grow in space. It will help them understand the difficulties of living, growing and eating in space. 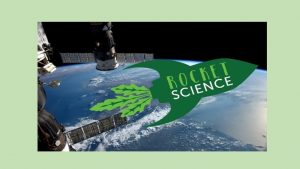 In September, 2kg of rocket seeds were flown to the International Space Station on Soyuz 44S. The seeds will held in microgravity for 6 months with British ESA astronaut Tim Peake taking charge of them while on the ISS for his Principia mission starting in December.

Students will care for the seedlings, record their growth and observations over 7 weeks and enter data into a database. After all the data has been collected, the results will be analysed by professional statisticians. Leading scientists from the RHS and European Space Agency will interpret the results and draw possible conclusions, publishing their results on the RHS Campaign for School Gardening website.

Mr Hearmon, Science Teacher at Applemore College, says “We are delighted to be taking part in Rocket Science. It will be an exciting way for our young scientists to contribute to a National experiment and share their learning with the whole school community. Hopefully their experience with Rocket Science will encourage them to be involved in growing plants with our GardenMore team and also inspire them to find out more about careers in STEM subjects including horticulture, plant science and the space industry as a whole.”

If you would like to know more about Rocket Science before the seeds arrive at Applemore College, you can: