In this first part of the blog, I will be discussing what we did for the Cumbrian flood crisis. The Sixth Form Eco group donated £500 to the Cumbrian Flood Fund, which they raised by holding a variety show with many different acts including the science teachers who did ‘Twelve Days of Science’ instead of ‘Twelve Days of Christmas’. We also had Mrs Lord playing the flute and a tribute band called ‘No Direction’ which consisted of Mr Cuff, Mr O’Doherty, Mr Gresty, Mr Calvert and Mr Hickey. Mrs Litherland, Director of Sustainability at St Christopher’s said:

“Putting aside one’s own wants and needs during the festive season and choosing to help other people in their hour of need is an important life lesson that many of us take a long time to learn.  I am very proud of our students’ decision to raise this money and put other people’s needs before their own. We can hold fundraising events at any point in the school year but the people of Cumbria are in desperate need of help today.”

“Christmas is when we are taught to think of those in need and when we see them suffering on our own doorstep at this special time, our thoughts and prayers go out to them. It is privilege to be able to do what we can to help alleviate their suffering in any way.”

In the second part of this blog I will be talking about the ‘Trashion Show’. For the ‘Trashion Show’, St Christopher’s pupils will be making eighteen dresses from ethical material; nothing is new. The dresses will be inspired by ‘the true cost of fashion’ and will be modelled by Year 10 pupils.

In the third part of this blog I will be discussing Earth Hour, which this year is on Friday 18th March. Further details can be accessed on the WWF website (http://earthhour.wwf.org.uk/). The aim of this is that we don’t have any lights on in school for one hour, the aim of which is to raise awareness of environmental issues. At lunchtime Mrs Litherland will also be doing an out of school run with the school running club. This run will be the equivalent to that which children around the world carry out each day to collect water. 50p per person will sponsor a toilet in Africa. 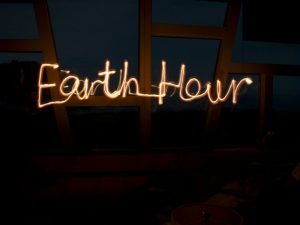 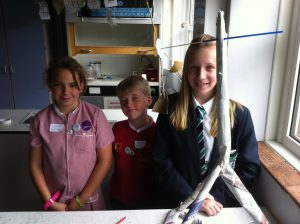 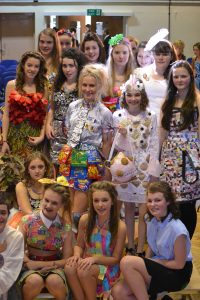 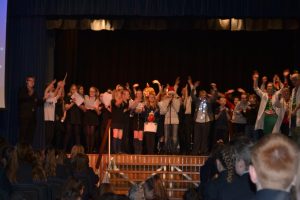