Applemore College’s Rocket Seeds from space have landed and Year 7 Science students have become real Space Biologists by planting them and monitoring their growth. 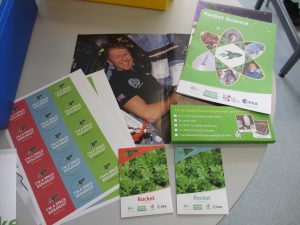 The Royal Horticultural Society (RHS) Rocket Science project, in partnership with the UK Space Agency, is a UK wide experiment and a fun, interactive way to get students from 10,000 schools thinking about how plants might grow in space. It will help us understand the difficulties of living, growing and eating in space.

In September 2015, 2kg of rocket seeds were flown to the International Space Station (ISS). British ESA astronaut Tim Peake looked after the seeds, which were held in microgravity for 6 months until they returned to earth last month.

Students from Science Class 7e1 have been following Tim Peake’s mission and researching life on the ISS and were delighted when they discovered that the seeds had arrived and they would be spending their science lesson with Mr Hearmon planting them.

Before diving in to getting their hands dirty, the students discussed how seeds grow, what they need to grow and were asked to consider how these rocket seeds might have been affected by being in space. Responses varied with some students suggesting that the stems might be weaker due to microgravity, whilst others predicting there would be no difference between the space seeds and the control ‘earth’ seeds. They also guessed which packet of seeds were the ones from space – red or blue, but they will have to monitor their seeds’ growth over the next 7 weeks to try to work it out and wait until the end of the experiment to find out for sure – Tim Peake will revealing that secret.

Students needed patience and accuracy to plant the seeds, using the same instructions as all the 10,000 schools involved in the project. One student commented “I feel nervous, these could be the real space seeds”.

Miss Parvin, Head of Science, commented “This is a great opportunity for our students to be involved in Science outside the classroom, and they are all very excited about Rocket Science. It will be interesting to see if being in space does have any effect on the seeds.” 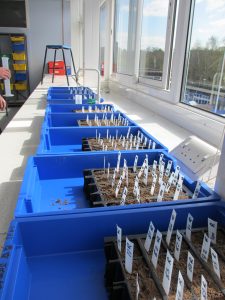 At the end of the lesson, a random process of selection was used to place the trays of seeds on the window sill of the science lab. The students were proud of their work and are looking forward to recording their growth data on the Rocket Science poster, to feed back to the RHS.

Mr Hearmon, who is leading Applemore College’s Rocket Science experiment said “I was so impressed with the students’ mature approach to this experiment, they were so engaged with the task and took great care to behave like true scientists.” 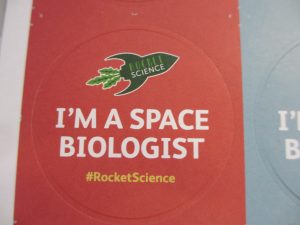