Elephants are intelligent gentle giants, and one of the most recognisable and well-loved animals on the planet. Most people are familiar with them through wildlife documentary films, photographs and – if you’re really lucky – having actually met one!

They’ve often been mistreated in the past, hunted for their ivory tusks, mistreated as tourist attractions and suffered loss of habitat, but now people around the world are working together to help conserve these remarkable animals.

Elephants are mammals, like humans, chimpanzees, dogs and cats. This means they give birth to live young, and mothers feed their babies by producing milk which they suckle.

There are two species of elephant, the African Elephant (with the scientific name of Loxodonta africana) and the Asian Elephant (named Elephas maximus) and they are distributed across sub-Saharan Africa, South Asia and Southeast Asia.

They are herbivores, so eat only plants, but can exist in a range of different environments from hot savannah grassland to forests or grassland.

Their amazing trunks, one of the most identifiable features of elephants, are used for breathing, lifting water from pools to their mouthes to drink, and lifting, carrying and moving things.

Male African elephants are the largest terrestrial (meaning land-based) animals on Planet Earth, and can reach a height of up to 4 metres and a weight of 7,000kg. 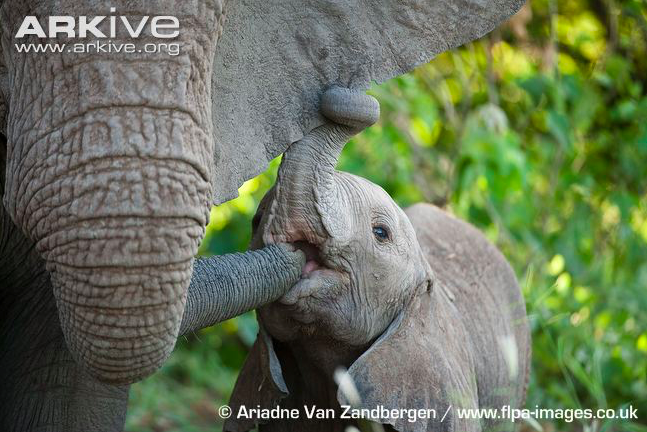 African elephants grow throughout their lives, so the older the elephant is the bigger is it. They have huge heads with a brain bigger than any other animal on the planet.

One feature that makes the African elephant different to the Asian elephant (other than the other differences listed below) are the fact that they have four toes on the front feet and three on their back, while Asian elephants have fives toes front and back.

Their huge ears are important for communication, acting a bit like a satellite dish that means they can hear sounds form a long way away, and can also be fanned to help the elephant keep cool in hot weather. 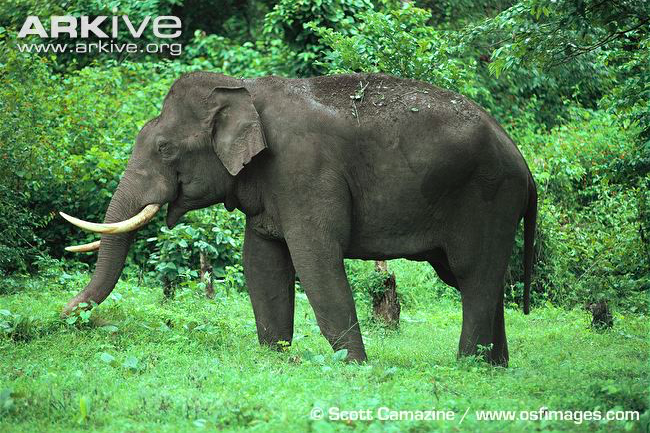 Asian elephants can live up to 70 years and as with African elephants are extremely social, living in groups led by the oldest female elephant, who is known as the matriarch.

Asian elephants also poo up to 18 times in a day! That’s a lot of poo. It’s also beneficial to the environment, producing a fertile soil for plants to grow in.

Elephants are, sadly, endangered. The threats they face include;

There’s a great article on the good charities to support (with a list) at Africa Geographic Magazine online.

August 12 2016 is World Elephant Day, when people around the world join to celebrate these amazing gentle giants, and also call for more measure to help protect and conserve them.

One great way you can help elephants as part of your Roots & Shoots work is to raise money for elephant charities. We’ve got loads of fundraising ideas you can use, or comment below if you have any others!