TASIS students in our Roots & Shoots group recently explored facts about Antarctica, including both wildlife and the physical environment. Their Roots & Shoots leader, Ms. Gediman, recently returned from her third trip to Antarctica. Her trip was an environmental expedition, testing renewable technology in the interior of Antarctica. Her previous trips on the Antarctic Peninsula, where she learned a lot about the animals that live there.

After discussions about some of the issues affecting the well-being of the ice and the animals in Antartica, the children decided that they wanted to make a big display to help give others an idea of what like is like in Antarctica. Included in the display was poetry to show others how beautiful the wildlife there is, as well as illustrating to problems associated with pollution and climate change.

The children worked together to construct a base for the display. They made a piece of Antarctic landscape using a big rectangular board, glue with paint for the sea, and layered of glued recycled newspaper for the land. To complete the landscape, the students glued pieces of white, speckled felt onto the land areas.

Next, each student picked an animal to make. Some made big animal sculptures, while others made smaller sculptures. They then cut some wire, and got to work with making a frame in the basic shape of their chosen animal. After they twisted the wire in place, they placed recycled plastic bags into the frame, as the animal took shape. The plastic was taped into place.

Then, the students wrapped each animal in plaster rolls. Once these plastered animals were dry, the students used acrylic paint to bring them to life. They mixed the colours needed, and put thought into painting a realistic animal. Finally, all of the animals were completed and the children took delight in placing them in a lovely display. 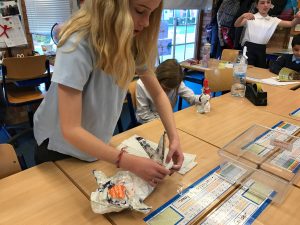 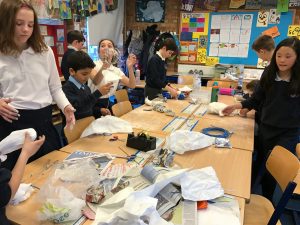 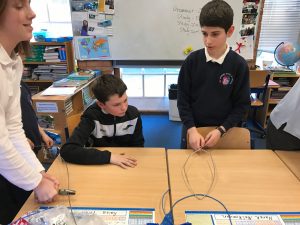 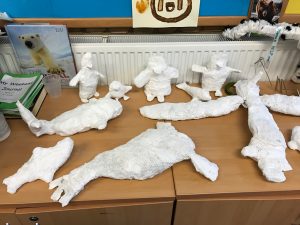 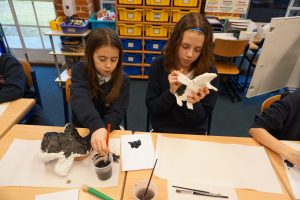 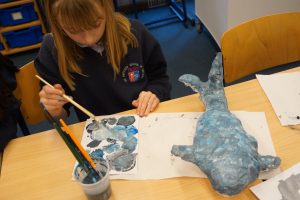 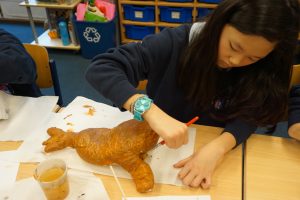 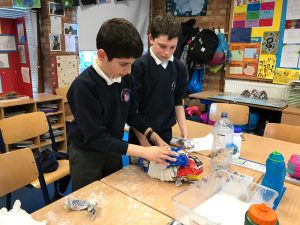 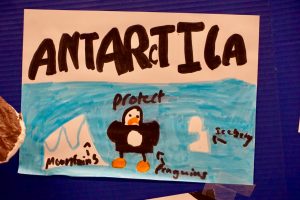 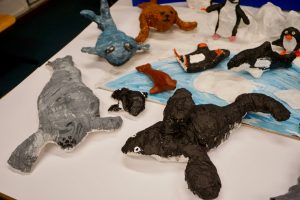 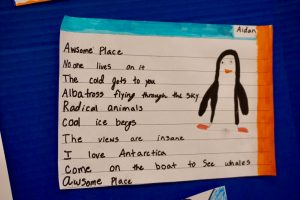 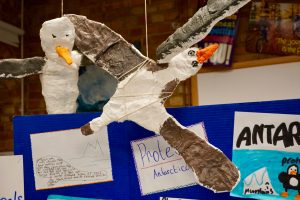 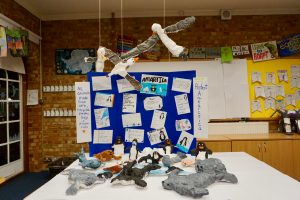 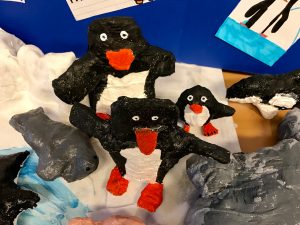 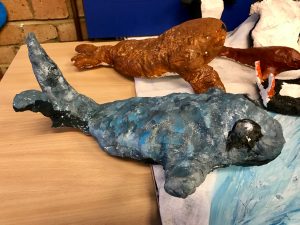 Working on each animal helped the students think hard about the life of the animal they were were creating and the need to bring attention to others about how to protect them. Sharing all of our animals together brought about a lot of discussions, and we will continue to work on getting the message out to others, as well as exploring ways to make positive changes.