Our day at the Barbican Centre for the Roots & Shoots Award Ceremony 2017:

Miss Hannam and Mrs Ball were incredibly proud of Naomi, Shahara and Abeda who showcased the amazing work that they have done with the Fair Trade Group. They were articulate, passionate and fantastic ambassadors for SJNCC. They outlined in depth the importance of Fair Trade and the variety of ways that they aim to raise awareness and funds for this cause. 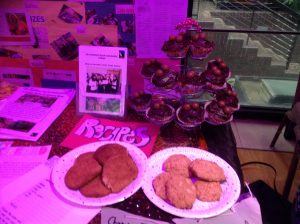 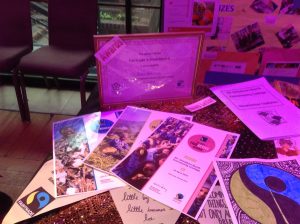 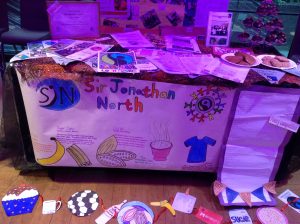 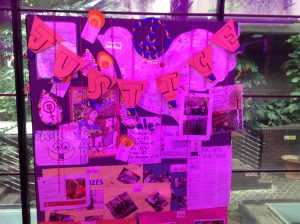 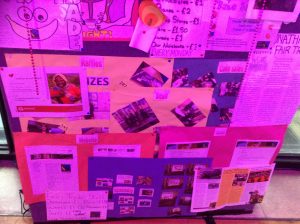 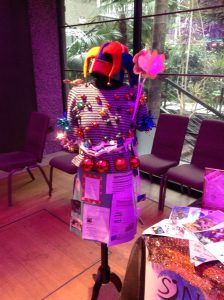 They came away from the event with an award in recognition for their contributions in achieving a better world for people, animals and the environment, a year’s subscription to Love Nature documentaries, a copy of Dr Jane Goodall’s book ‘Prayer for World Peace’, personalised individual certificates and a chimpanzee teddy which they have named Freddie Turner, FT, for the Fair Trade Group. 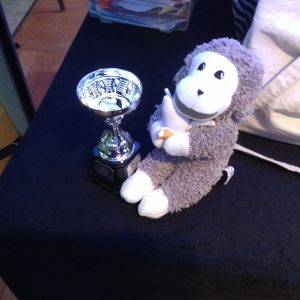 While it was heart-warming to see the students hard work being recognised I was blown away with how impassioned and spirited they were after seeing all of the other campaigns that schools, charities and universities were running. There were tears shed during Dr Jane Goodall’s speech as the girls recognised aspects of Jane within themselves, Abeda said that she felt ‘inspired’ and ‘motivated’ to make more of a change in the world. The girls spent a long time on the journey back to Leicester outlining the importance of charity work and how they were going to continue supporting a variety of causes when they leave school.

They were energised by the event and have begun to plan a variety of charity events to raise further funds for farmers in poverty stricken areas of the world and for the Fair Trade Foundation.

Walking away from the event, I could not have been more proud of the girls who were captivatingly smart, funny and refreshing in their desire to motivate change and create hope. 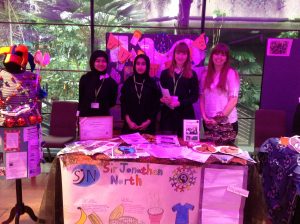 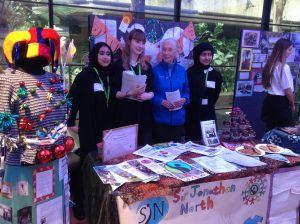