Roots & Shoots is a global organsation with hundreds of groups in dozens of countries around the world, from Australia to America, and from Taiwan to Tanzania, where the first group was set up by Dr Jane Goodall herself.

Here are a selection of projects and updates from our sister group Roots & Shoots UAE, based in Abu Dhabi.

Students inspired to reach for the stars by Dr. Jane 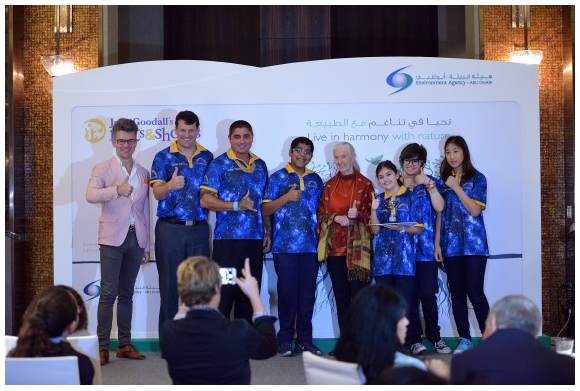 The group met Dr. Jane Goodall at the Roots & Shoots Awards UAE earlier this year, and Dr. Goodall was impressed by the scalability of the Million Solar Stars project, and agreed to the idea of rolling out solar to schools in the 100+ countries Roots & Shoots is active in. What an achievement!

We think this is a great project idea, and it’s something schools in the UK could certainly get involved in.

‘The Etta Day’ holds a special significance for the staff and children of GEMS Modern Academy. It is observed to commemorate Mrs. Etta, whose undying passion and dedication towards saving the environment is inspirational.

Students had discussions around the importance of helping the environment, on ‘reduce, reuse and recycle’ and came up with lots of energy saving ideas.

The Ambassadors of Clean Energy and Environment 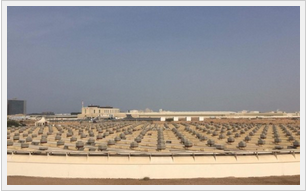 On January 23, 2017, Siraj Anwar and Aayushi Sangani of IB I YR visited the RAK Research & Innovation Centre at the American University in Ras Al Khamiah. This was the first ambassadorial event for the UAE National Schools Environment Protection Program.

The event was organized by the Clean Energy Business Council, a non-profit organization involved in the clean energy sector across the MENA region. Some of the top schools of Dubai were invited to visit the RAK Research & Innovation Centre to learn about the projects that they have undertaken and to tour their premises. The Research & Innovation Centre features the world’s first high precision solar tracking plat-form, which can be used for concentrating solar panels, a weather station and a solar outdoor facility.