Roots & Shoots lead teacher, Wendy Gediman, has been to Antarctica three times with explorer/environmentalist, Robert Swan. The goals of these expeditions have all been tied to educating young people about sustainable energy. Another goal is getting the message across that it is important to protect Antarctica, which is the last untouched continent on earth, as well as preserving our entire planet! Ms. Gediman’s last trip with Swan was in December 2016. This was a small expedition of 14 people flown into Union Glacier Antarctica. The purpose of the expedition was to test renewable technology in the most inhospitable weather conditions on our planet. Ms. Gediman was the sole teacher, joining a Nasa scientist and several energy specialists.

The group spent one and a half weeks there, including an overnight outing to camp, testing the equipment. The results included the ability to melt water with the Nasa developed thermal pot. It melted and then heated snow using specialist solar panels attached to a pot placed on a sledge. Specially adapted thermoses allowed the team to melt snow, using the sun, to provide drinking water. As well, the energy expert from Shell brought along biofuels being developed by them, which allowed the group to cook a vegetable curry using clean energy.

Robert Swan, his 23-year-old son Barney, and Antarctic cameraman, Kyle Donahue, will take off in mid-November to endeavour a 600 mile walk to the South Pole using only renewable energy. This will be the first Antarctic walk to the South Pole without the use of fossil fuels! If Rob and his team can take on this challenge and use only renewable energy in the harshest environments on our earth, then we can all learn to do our part here on earth. What do we have to lose? A polluted planet?

Robert Swan came to visit TASIS school and spoke to Roots & Shoots students, as well as science classes. He explained how Antarctica is a fragile environment, as well as the last untouched place on earth. He has witnessed first-hand, the effects of climate change on the Antarctic Peninsula, as well as the breaking up of the Larsen B ice-shelf.

Robert Swan then explained that it was his lifelong mission to help preserve Antarctica, as well as our whole planet. He spends his time traveling the world, teaching people of all ages about the need to protect our planet. He is taking the walk to the South Pole to emphasis the fact that if he can survive on renewable energy in Antarctica, then we can surely use more sustainable energy back in our own cities and towns.

The students were totally mesmerized listening to Rob speak. They were armed with lots of questions, which Rob enjoyed answering. Ms. Gediman will meet with Robert Swan this summer to plan a website to follow this revolutionary expedition. Our Roots & Shoots students here at TASIS, as well as worldwide, will be able to follow and learn from this expedition. It was also wonderful for the students to meet Robert Swan, as they had heard so much about him from Ms. Gediman over the years! 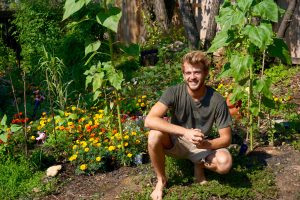 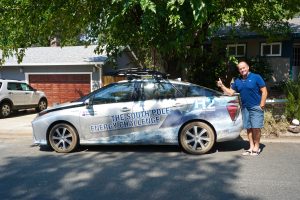 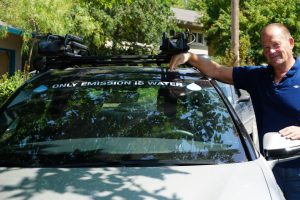 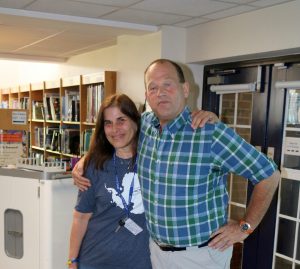 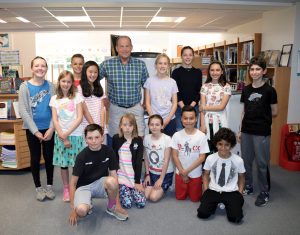 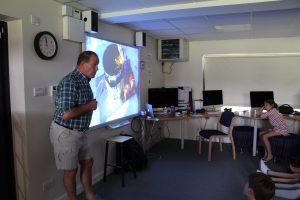