Roots & Shoots Ambassador Robert Swan is a remarkable person and an inspirational speaker.

As the first person to walk to both the North and South Poles, completely unassisted, he’s seen first hand the impact climate change is having on our planet, in even the coldest regions of our world. He also knows the power of inspiration, determination and planning…if you set your mind to something, you can achieve anything, and if you have support, you can achieve even more.

Swan is dedicating his life by raising awareness on the preservation of Antarctica, the Earth’s last great wilderness. He formed his company, 2041 Foundation, an organization dedicated to this goal and to inform, engage and inspire the next generation of leaders to take responsibility for sustainability. 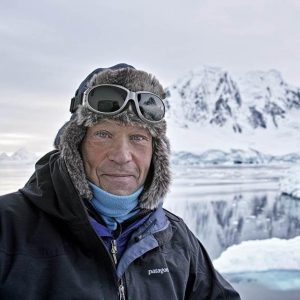 Who better to inspire the next generation and encourage them to harness their collective voices and actions to tackle the problems facing our planet?

“While generations before have passed the buck, this generation simply has no choice but to deal with the problems.”

Robert is currently speaking in Abu Dhabi as part of a special event series on behalf of Roots & Shoots, organised by the Roots & Shoots teams in the UK and UAE. He’s been speaking at EAD (Environment Agency Abu Dhabi), NYUAD and also gave a very special Roots & Shoots talk at NYUAD for younger students. 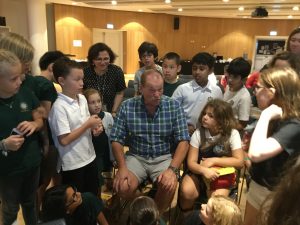 You can see some of his amazing talks below – they are well worth a watch! His focus is very much on highlighting the positives and encouraging action. “There’s a tremendous amount of enthusiasm and I think they [the students] have gone away buzzing.” he commented after one event. “It’s important we give them that positivity because no one is inspired by negative, are they?”

You can read more in the article in The National newspaper online.

It looks like the Roots & Shoots students attending enjoyed the event!