In March 2017, at the Jane Goodall’s Roots & Shoots Awards I won the Prize for Most Outstanding Photograph. 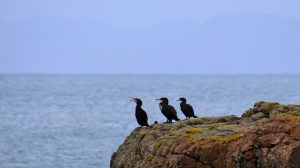 Here is my two-part prize story:

It was 30th August, it was raining, pouring rain, drenching rain. But, I was ever so excited, I could hardly wait. When we arrived at Battersea Park Children’s Zoo, the lady at the desk radioed another lady and we headed off to the mini animals section. I saw the harvest mice, fancy mice, snakes, turtles and chipmunks. A wonderful lady called Jess showed me some rats too. Then we went behind the scenes. I met the stick insects, one giant one and several horse-headed ones. Then we went past a ‘staff only’ gate and I got some trout in bottles, the Asian short-clawed otters loved it! After that we got mealworms and silent crickets and fed the meerkats (they don’t like rain). Next, I decided to feed the wallabies. They eat peanuts. I went inside their enclosure and they ate out of my hand!

I went into a kitchen place and Jess told me that Waitrose gives them everything they can’t sell: like strawberries that taste like pineapples, grapes like candy floss – you name it!

I got some tubes and filled them with fruit and nuts, with newspapers stuffed at each end… we were going to feed the monkeys. It was great fun watching them crack nuts and suck the juice out of grapes and spit the skin out!

I went in through the ‘STAFF ONLY’ gate again and got a bucked of fruit and veg to feed the pigs with. There were two pigs, Piggle and Wiggle. My favourite was Piggle. Did you know; Pigs eat everything but posh aubergines, green beans, peppers and mushrooms.

I went back to the lady at the desk and my tour was over.

Goodbye, Zoo! I had a wonderful time visiting! 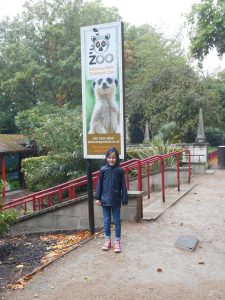 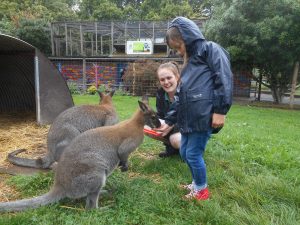 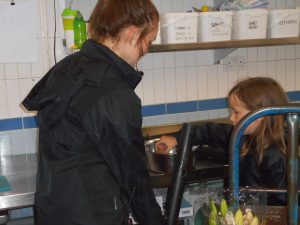 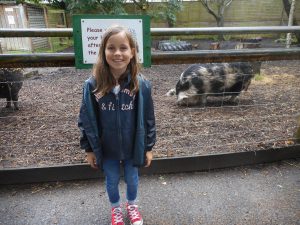 On Friday 6th October 2017 I visited the National Geographic Kids Offices. When we arrived we were a little early, so we walked around the building, taking photos. Then, we rang on a little bell and Alex Tan (thank you Alex for arranging my prize!!) let Delyth, my friend, and me in. First of all, they asked us to wait in a little place with sofas and National Geographic Kids magazines (there was one in Afrikaans!). After that, a man called Ed took photos of me and made a National Geographic Kids cover! Then, he made a cool picture, which looked like dots, but the further away you went, the clearer, the photograph! It was so clever. A lady called Georgia asked Delyth to go into the Make-it room. Delyth made a hedgehog named Hodge Harim (Famous Flat-nosed swordfighter!). The hedgehog was a cake, cut into a hedgehoggy shape, with almonds stuck in its back and coconut shavings dyed green for grass. He had a chocolate button nose and chocolate-drop eyes. Now it was my turn; excitedly I went into the Make-it room to make Christmas stars. They were paper, folded into a half-star shape and glued to another with string in the middle, they were beautiful! The photographer took a photo of me holding lots of Christmas stars. Delyth and I did a word search, spot the difference, crossword and word find in a National Geographic Kids magazine. We found American ones with white boxes in the corner of the barcodes. Alex explained that these were American and that the English National Geographic kids had to ever so slightly change the copies, e.g. Mama – Mummy, Papa – Daddy, etc. I found this all very interesting! Then, sadly, we had to go back to school, Delyth and I picked up the things we had made and, as we were leaving, the National Geographic Kids people gave us goodie bags! I got a shark litter-picker, two books; “Kid Normal” and “Arimanta Spook and the Big Scream”, a pack of chocolate fingers, two Christmas stars and a copy of National Geographic Kids with toys inside! I loved my trip and, when I got back to school, I told all of my class what I’d done and what I made. I went to the school office and they put something about it in the Newsflash. I even went to tell the Headteacher in her office! Even though I had missed fish and chips for lunch, it was absolutely, definitely worth it! It was the most fun I’d had in ages and ages! 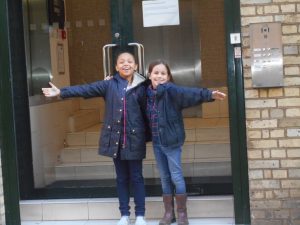 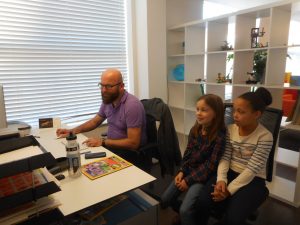 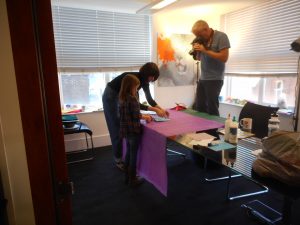 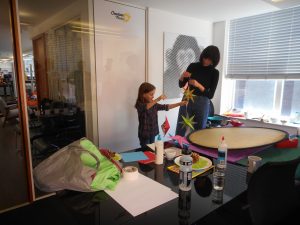