The Roots & Shoots education program has been existing in Slovakia for nearly two school years. This last school year 10 schools were involved in the program, within which the primary and secondary school students helped revive local communities across Slovakia. The students teams under the leadership of their teachers have been able to link their schools with local residents, local authorities, various institutions, businesses, and bring solutions to small but significant local problems, thanks to a clear vision and sustained effort.

At the end this school year, the nationwide Students Conference Roots & Shoots Slovakia entitled “We Made It Together” took place on June 15, 2018 at the premises of the cultural center of Nová Cvernovka in Bratislava. It’s been a new addition to the Roots & Shoots Slovakia program. It was attended by more than 100 pupils from 9 primary and secondary schools aged between 12 and 18.

The title of the conference reflects the joint efforts of the involved schools, the Green Foundation, and various local authorities, organizations, companies and the local public who supported the program. Cooperation is one of the main principles of the program without which individual community projects would not be possible.

Roots & Shoots Slovakia’s goal was to present pupils’ community projects, to exchange peer-to-peer experiences, and to award students with certificates for their efforts in the school year 2017-2018.

The Students Conference Roots & Shoots Slovakia program also consisted of lectures made by young leaders in the field of active citizenship or a panel discussion with representatives of public administration, self-government and communities whose involvement is a part of the program methodology.

At the end of the Students Conference the Green Foundation representatives, together with the pupils, planted a tree that became a part of the restoration of the alley of the cultural center and yet another symbol of the cooperation. 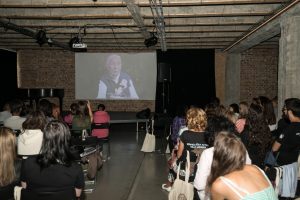 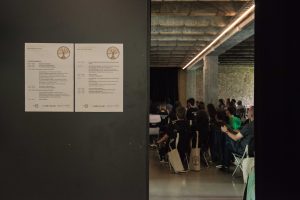 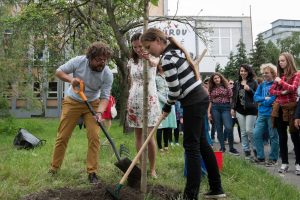 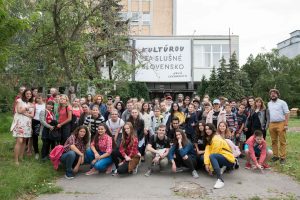