Since the Roots & Shoots Awards in March the school has embedded the R&S pledges. Each class makes a pledge each half term to help the community, animals or the environment. It is monitored by teachers and our junior governors and at the end the class who has made the biggest impact will win Mr H Junior for the next half term. Pledges include making Poundbury plastic free, designing and making bug hotels to bring nature to the school grounds, to bring the outside indoors and to make the air inside our classrooms healthier. Following our trip to the Roots & Shoots awards Sophie, a pupil in Year 3, said it was a magical day that she will always remember and it has inspired her to follow in Jane Goodall’s footsteps. At Damers we get lots of organisations to work with the children. These include: Urban Health Partnership, Butterfly Conservation, RSPB, Weymouth and Dorchester Beekeeper Association, East Dorset Bat Rescue and Rehab and Hedgehog Friendly Dorchester. Their talks come alive because they bring their wildlife friends to school for the children to see, touch and hold.  We will be adopting some hedgehogs from October 2018. Year 2 took part in a topic about different habitats. The children entered a competition to make a garden bird collage, which was supported by Mole Country Store in Dorchester. Some children made bird boxes for our outside area with Design Technology teachers at the Thomas Hardye School. They used hammers, drills and glue to put the boxes together. These boxes are now up on the wall for the birds to use and enjoy. The children gain enjoyment from spotting and identifying birds in the school grounds so we all decided that a bird hide would be a great place for the children to do this on a regular basis. This has been funded by Poundbury Community Trust, Poundbury Residents’ Association, Parkers Estate Agents, Mansel Pleydell Trust and the money raised from collecting printing cartridges/toners that are recycled to raise money. Each class has its own raised bed where the children plant vegetables to make a dish. These dishes have been related to a chosen country, a best vegetable competition at a village show and a traditional British dish. Sometimes the vegetables have been sold to the parents for a donation to raise more funds for the garden. The school was awarded the RHS Five Star Gardening School Award in September 2017. An allotment area has been created with funding from the Dorset Gardens Trust so the school can grow more vegetables to contribute to the food served at lunchtimes. We have a bank of volunteers who work with the children, sharing their knowledge and passion for gardening in the afternoons so everyone across the school can get out into the garden to learn where their food comes from. We also have fantastic support from Poundbury Garden Centre who support the school with donations of seeds, vegetable plants, trees as well as their expertise to support the children in the garden.  The children also harvest what they have grown and use it to cook with in our children’s kitchen to make soup and crumble for example.  Prince Charles was impressed when he came to open the school on 27th November 2017. The children started a plastic campaign after being inspired by a Recycling week that focused on plastic pollution in the oceans. The children wanted the school to become plastic free as well as the local community of Poundbury. The children worked with Litter Free Dorset Coast and Sea. They wrote to businesses asking them to sign up to Refill. They even visited the businesses to put their case across as to why the business should sign up. They signed up 21 businesses and created a rap that was presented to all the businesses. It was eventually used as the Eco Schools’ Christmas message on all their social media sites.  http://www.damers.dorset.sch.uk/refill-poundbury/ The children also appeared on CBBC Newsround http://www.bbc.co.uk/newsround/42885663. They wrote to businesses asking for companies the school works with to use something other than plastic. They have also written to the Duchy of Cornwall asking for water fountains to be placed around Poundbury. The children have encouraged parents, staff and the local community to collect printing cartridges and toners, writing instruments and biscuit wrappers not only to raise some money for the school but also to do their bit for the environment. There are four businesses around Poundbury that have become collection points. The children will be working with the Town Council, Litter Free Dorset and Dorset Coast and Sea to work towards Dorchester achieving Surfers Against Sewage Plastic Free Community Status. In May Damers were awarded Surfers Against Sewage Plastic Free School Status. We were highly praised for involving the local community. Catherine Smith, Headteacher couldn’t feel more proud of the school’s achievements in this area over the last few years. ‘ Our move to a new school site in Poundbury in April 2017 has provided us with so many opportunities to share our relentless efforts in this area with local businesses and the community. Our children are natural leaders and have some powerful messages to share with regard to sustainability and our place of responsibility in the natural world and I feel incredibly proud to watch them work their magic on a daily basis. They are driven by their mission to ensure that they always choose the positive difference that they want to make however great or small.’ 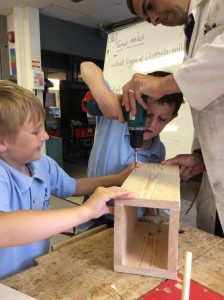 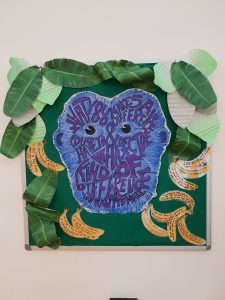 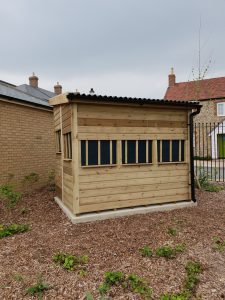 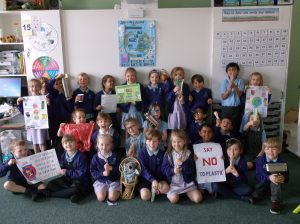 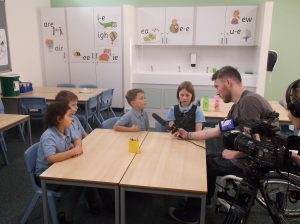 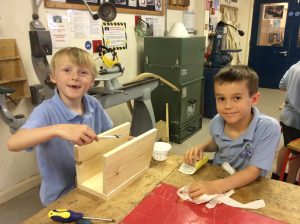 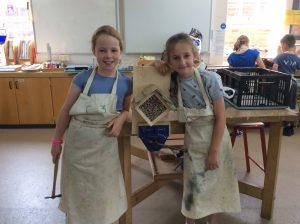 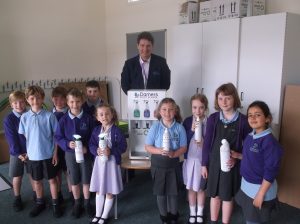 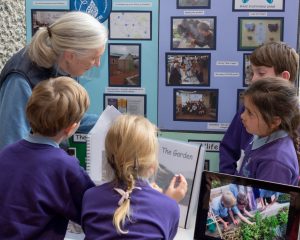 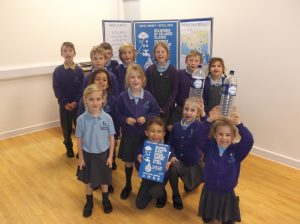 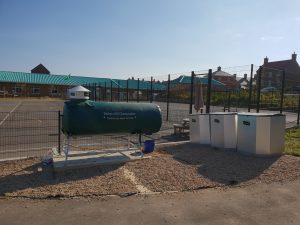 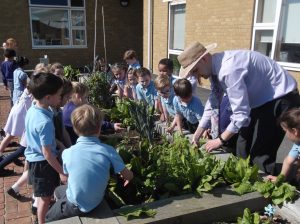 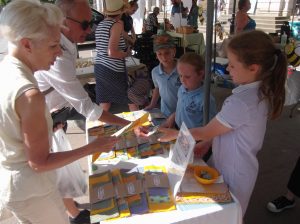 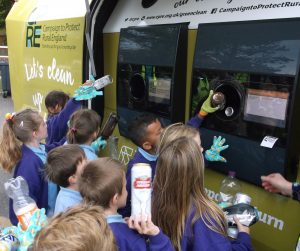