I have done a few tabletop sales to raise money for the charity Four Paws. So, in October I went to meet and interview the Director of Four Paws UK, Brian da Cal, at his offices in London. Four Paws is an International animal welfare charity that campaigns for a world where humans treat animals with respect, empathy and understanding.

Marnie: How did you first become interested in animals?

Brian da Cal: Growing up we had rescue animals, our first animal was a stray dog from Portugal and we had cats as well. My father also volunteers at an animal shelter in Portugal. Eventually I felt I would like to work with and for animals in need.

Marnie: You worked for Battersea Cats and Dogs Home before, what was that like and what did you do when you worked there?

Brian da Cal: I mainly worked with animals to de-stress them when they arrived at the home. I miss the hands on nature of that work but I love the International work I do with Four Paws. I have found generally that mistreatment of animals, though bad in the UK, is so much worse in some other parts of the world and I wanted to be part of something that addresses that.

Marnie: What has been your favourite Four Paws campaign?

Brian da Cal: I have been at Four Paws for three years and the rescue from Gaza that took place as I joined in 2015 was a very important one for me. Four Paws assisted in closing down Khan Yunis Zoo that was one of the worst zoos we have known. Just fifteen animals of the original collection of a couple of hundred were still alive, including a nine year old Bengal tiger, Laziz. Many of the dead animals had been mummified and were being exhibited alongside other dead and sick live animals. In a rare and encouraging moment of cooperation, the Hamas government in Gaza and the Israeli government   agreed  to secure their safe passage out of Gaza and then on to Jordan and our different sanctuaries.

I would also mention the recent 2017 Four Paws rescue mission for animals from Aleppo in Syria and Mosul in Iraq. In Aleppo we rescued the last ten living animals from the Magic World Park and in Mosul we rescued Simba the lion and Lula the bear who were the only two inmates of Mosul zoo that weren’t killed by falling bombs and starvation. Both of these rescues were led by the inspiring Four Paws veterinarian, Dr Amir Khalil.

Marnie: Have you visited any of the lion and bear sanctuaries?

Brian da Cal: I went to visit the huge Four Paws Lionsrock sanctuary in South Africa and saw Simba the lion from Mosul. There are about 100 big cats there and more at a smaller centre called Felida in the Netherlands. When a lion is released into Lionsrock they generally need a period of calm on their own to recover from their previous life and their gruelling journey; then when they are ready, they are introduced to some friends. Sayeed the lion from Aleppo was also there and was just about to get a companion rescued from a circus in France.

Marnie: What can you tell us about your new elephant sanctuary?

Brian da Cal: We are creating Elephant’s Lake as a sanctuary for elephants in 17,000 hectares of rainforest in Myanmar. We are mainly looking after retired elephants that worked in the logging industry.

Marnie: What are you working on now?

Brian da Cal: This week Four Paws had some  photographs of the awful Safari Park Zoo in Albania published in the Daily Mail, The Sunand Metronewspapers. The Albanian Environment Minister, aware of the outrage it caused around the world, arranged for the animals to be transferred to Tirana zoo. Four Paws is hoping to be able to take the lions and bears to their sanctuaries at a later date.

In the UK we have been working on a campaign to be launched next year calling on publicly funded  institutions, particularly local authorities and schools, to support better animal welfare through their choice of food provider.

We have also had real success in persuading retailers to adhere to the Responsible Down Standard and to buy their feather and down products – duvets, pillows etc.  – from sources that do not pluck geese and ducks while they are alive. We have recently got major UK retailers to commit to this scheme to avoid receiving our “Blood Feather Award”

Marnie: What activities have you planned for the future?

Brian da Cal: A lot! We will be working to further develop our  sanctuary in Borneo for endangered orangutans that are being displaced by the destruction of their natural habitat. We will also be expanding our bear sanctuary in Vietnam to accommodate up to 100 former bile bears. Finally, we’re going to work a lot on stopping the dog and cat meat trade in some Asian countries next year.

Marnie: What is your favourite animal and why?

Brian da Cal: I love all animals but have a real affection for cats. They are so relaxed and beautiful.

Marnie: Who or what is your inspiration?

Brian da Cal: All the staff at the front end of what Four Paws does. Their work is often difficult, distressing and confrontational and they sometimes put themselves in danger too. They are committed to getting the animals out of the terrible environments we find them in and work day and night to do it.

Marnie: What advice would you give someone like me who wants to work for Four Paws when I am older?

Brian da Cal: gives you experience and shows commitment. You could think about volunteering in a rescue centre for anything from a hedgehog to a dog , volunteering at weekends to work with animals or shadowing people who do. Think about the sort of animals you particularly like, find out about environments and animals you are particularly keen to protect and think about the qualifications you might need to help you in your career.

Four Paws now have a new International Volunteer Co-ordinator to help improve and expand the volunteering opportunities we have at Four Paws. In the UK, we sometimes have opportunities for Office Interns and there are places for  volunteers at some of our sanctuaries abroad such as Lionsrock in South Africa.

Marnie: Can you tell us about your logo?

Brian da Cal: Four Paws was set up by Heli Dungler and a friend in 1988 in Austria to campaign against fur farms and battery farmed eggs. Rumour has it that they had very little  money at that time and so a design company offered them a deal on a logo design similar to one they had recently done for a train company! We think the animal on it is a ferret or a weasel but no one is quite sure! However, the main and serious point is that it represents all the animals that we have worked so hard to rescue and protect over the years and will continue to rescue in the future. 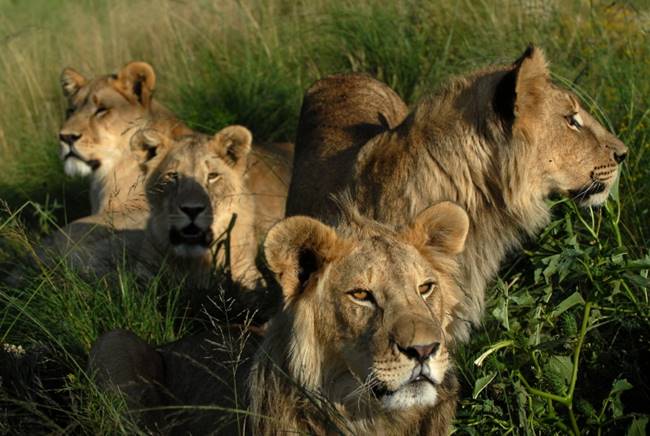