Montessori is the world’s largest global education movement, inspired by Dr Maria Montessori in the early 1900s. It offers a unique child-centred approach to education, used and acclaimed throughout the world. Maria Montessori was one of the most important early years educators of the 20th century, the innovator of classroom practices and ideas which have had a profound influence on the education of young children.

Montessori St Nicholas (MSN) is the name of the largest UK Montessori representative. Most Montessori settings in the UK are privately owned and governed accordingly. MSN exists to encourage and promote education in every way. It facilitates the unification of the Montessori movement across the UK, providing relevant training, and funding research into the value and effectiveness of Montessori education, and making awards to support the development of Montessori education.

Dr Montessori also understood the importance of taking children outside into their natural environment. She believed that bringing natural objects into the classroom has value, but taking children outside helps them form a meaningful relationship with those objects in their natural environment. When the child is outside, all of their senses are stimulated. Surrounded by the big outdoors, children can explore by touching, seeing, hearing, and when safe, even tasting. This awakens the senses and calls the child to explore, creating a sense of awe and wonder that will be important throughout its life.

Given such synergy between Dr Montessori’s vision and Dr Jane Goodall’s, a partnership between JGI and MSN was felt to be a perfect fit.

“As CEO of Montessori St Nicholas and a former Trustee of the Jane Goodall Institute in the UK I am as enthusiastic as Dr Goodall about the potential of the new partnership we have formed. I am sure that the alignment in the philosophies of Dr Goodall and Maria Montessori, which the partnership will actively support, is going to spread the understanding and social impact of the child as an agent of change.” Leonor Stjepic

“I am very excited about our recent partnership with Montessori St Nicholas charity. Our philosophy fits beautifully into successful Montessori teaching practices, which celebrate the ‘holistic’ approach of young people as a whole being interconnected with our planet and the world around them. I look forward to spreading our message to the Montessori community to reach more youngsters in all walks of life through their dedicated network of students, teachers, and families.” Dr Jane Goodall 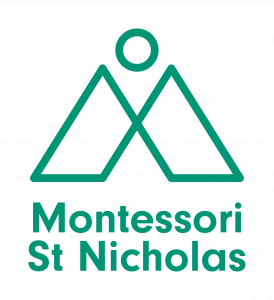