4.5 billion people don’t have access to a safe toilet. 892 million people practise open defecation. 1.8 billion people use water that can be contaminated with faces. Us, living in developed countries are privileged in so many ways we don’t even think about. To help the children acknowledge this, we set up an activity for the UN’s World Toilet Day in December (although officially it is celebrated on the 19th November).

We printed black and white pictures of toilets for colouring activities for smaller children and information about various toilet types around the world for bigger kids. We also played toilet-tag where the person tagged has to stop, kneel down with one hand sticking out. They can only be released by being ‘flushed’.

But the main activity, which intrigued big and small was making… a poo cake! We bought plain biscuits, cocoa powder and butter and instructed the children to mix the ingredients and form them into poo shapes. While the children put their imagination into being creative, we talked to them about the fact that billions of people don’t have access to suitable sanitation and clean water. Apart from forming chocolate into poo shape we hope to be able to raise funds to twin the toilet at our main meeting hall with one in a developing country through toilettwinning.org. This charity builds safe toilets for families or communities in developing countries and educates them about the importance of sanitation. While talking about them during the activity we convinced the caretaker of the hall to twin a toilet as a Christmas present. Hurray!

(Ps. We forgot the sugar. The poo tasted vile – as I suppose it should.) 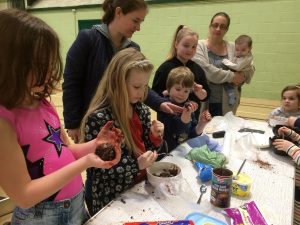 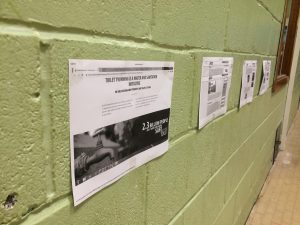 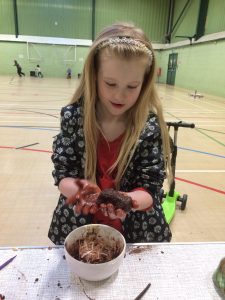 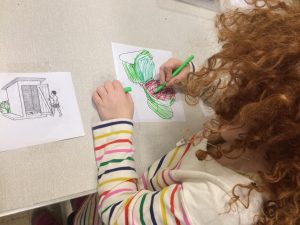 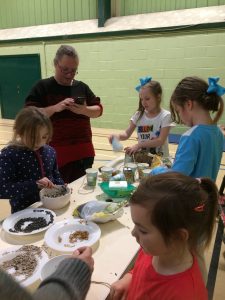 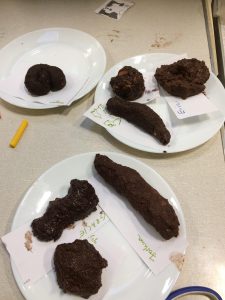 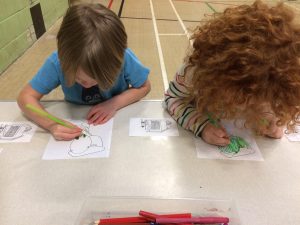