University of Bristol Roots & Shoots (A.K.A UBRAS) have had a great year raising money for Liberia Chimpanzee Rescue and Protection (LCRP). The year started off with lots of interest at the the Welcome Fair and a biweekly coffee meet up with the committee and any interested members to discuss conservation, fundraising ideas and put the world to rights!

The next event in the calendar was a pub quiz with an animal/conservation themed round! This included East African animal noises (one of which was Jane Goodall’s chimpanzee impression… only one team got this right!). We managed to raise £151.05 for LCRP as well as spreading awareness of this great charity and gaining people’s interest in Roots & Shoots.

Monday nights in Bristol are one of the biggest nights out for the university first years at a club called Gravity. Each week there is a theme and just after the release of Dynasties the theme was David Attenborough. We took full advantage of this and managed to convince them to donate a proportion of the ticket sales to our charity! This gained us £55 for LCRP and also their name and link to their website on the event page, helping to spread the word about the amazing work this charity does.

Over the Christmas holidays our committee member Ellie Field was busy organising the biggest event yet… ‘In Conversation with: The Producers of Dynasties’. Ben Garrod was our host asking Mike Gunton, Rosie Thomas and Theo Webb about their experiences in the producing and filming of the epic BBC series: Dynasties. The event sold out within the first 5 minutes of ticket sales being open so we managed to get hold of a bigger lecture theatre and sell even more! From ticket sales we raised a whopping £2000. On top of this there was a raffle on the night that raised £300 for Jimmy and Jenny’s LCRP. People were praising the event for weeks afterwards and it truly was one of the best events of the year especially for conservation, film and animal lovers!

Two of our committee members were lucky enough to attend the annual Roots & Shoots awards ceremony in London. This was a truly inspirational event, making us leave feeling better about the world and with hope for the future. It was so interesting to see what other Roots & Shoots across the country are up to and how everyone has the potential to make their own changes locally. Congrats to all those who won prizes!

UBRAS has over 30 members this year, the largest number yet! Lets hope it continues increasing and spreading the importance of conservation throughout Bristol. 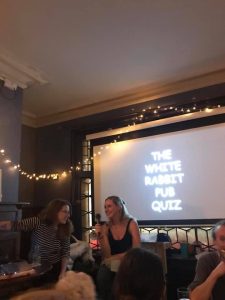 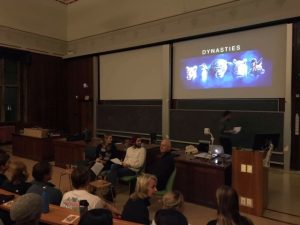 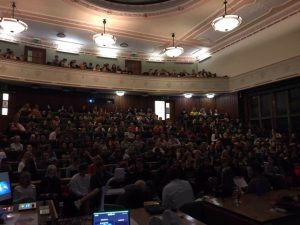 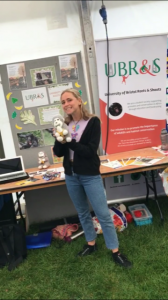