The largest representative of Montessori education in the UK, Montessori St Nicholas has teamed up with designer Jody Lidgard, to create a Space to Grow show-garden at the 2019 RHS Chelsea Flower Show. The design of the Montessori Centenary Childrens’ Garden is intended to act as a metaphor for the emphasis Montessori schools give to placing children first in any education setting. After the show, there are plans for it to be permanently based at the V & A Museum of Childhood in Bethnal Green to provide a natural teaching space for families in the local community. The area has a history of being linked to Montessori; as suffragette Sylvia Pankhurst used the Montessori approach to set up the Mother’s Arms nursery in Bow.

2019 marks one hundred years since Maria Montessori first brought her pioneering teaching methods to the UK, and the garden design brief reflects the key principles that lie at the heart of her child-centric approach to education.

Leonor Stjepic, Chief Executive Officer of Montessori St Nicholas said: “Our starting point was that children in Britain are spending less time outdoors whether that is in parks, gardens, the countryside, the coast or seaside. Maria Montessori’s ethos in sustaining enjoyment and joy in access to the outdoors for all young children, and respect for the natural world is arguably more important today than it was a hundred years ago. Combining the natural world with the social importance of putting children first will certainly result in an exciting perspective on a garden.”

Our Executive Director, Tara Golshan attended the event and had the privilege of meeting Princess Tessy of Luxembourg.

Princess Tessy is a proud Ambassador of Montessori St Nicholas Charity. Her two sons both went to Montessori schools and she set up a foundation called ‘Professors without Borders’, working with some of the world’s leading education organisations to run courses in the developing world that focus on developing talented young people.  In addition, she has worked as an Ambassador for UNAIDS (Global Advocate for Young Women and Adolescent Girls), is a Patron of UNA-UK and received the Woman of the Decade award from the Women Economic Forum in January 2017.

Tara Golshan said: “Our partners from Montessori St Nicholas invited us to attend their outside exhibition at the Chelsea Flower Show where they had produced the most spectacular Space to Grow show-garden – a beautiful combination of the wild garden, natural vs. creative and colourful play areas for young children, and a special ‘taste the herbs’ garden wall. It was fun, educational and inspirational all at the same time. No mean feat.  A stunning addition to the Montessori philosophy and all that it embodies” 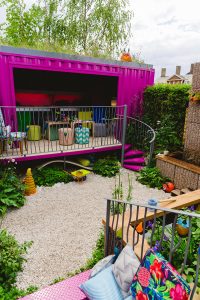 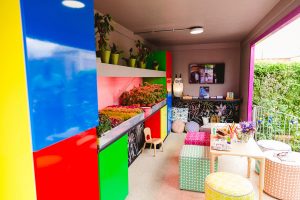 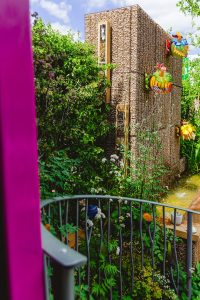 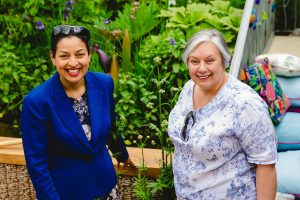