Damers First School won the Roots & Shoots Most Outstanding Group Award at the Annual event in March and their prize was a trip to the Ashley Heath RSPCA Animal Centre to learn about how they care for animals.

Roots & Shoots is embedded across the school with each class making a pledge to help animals, people and the environment every term. Children were chosen by how much they had contributed towards their class pledges over the year that have included encouraging the community to feed the birds, keeping Dorchester town litter free and raising money to adopt an endangered animal.

When the children arrived at the RSPCA Centre, they were greeted by Pamela Whiteside (RSPCA’s Regional Prevention & Education Adviser), who taught them about what the RSPCA stands for. The children then learned about the importance of bees in our environment. They went on a tour around the centre to look at the variety of animals that were being cared for. These included chickens, cats, rabbits, mice, dogs. The children even got to see a toad being rescued from a drainpipe. They learned the five most important things the RSPCA offer to the animals so they feel safe. These include: giving them a home, making sure they are healthy, giving them food, company and teaching them good behaviour.

The children then designed their own RSPCA Generation Kind t-shirts using what they had learned from the day and their own knowledge. The children had a magical day learning how animals are cared for and it will be a trip they will remember for a very long time.

Pamela from the RSPCA said: “Through the RSPCA’s Generation Kindinitiative, we aim to nurture the values of kindness and compassion for all animals. We hope that this generation will grow to be informed, responsible, and active citizens who care about animals and nature.The Most Outstanding Groupprize recognises the hard work of a group of such young people, this year’s winners demonstrated their advocacy for animals and nature through several projects in their school. As a reward, we invited them to spend a day at the RSPCA Ashley Heath Animal Centre, where they experienced first-hand the work our dedicated team members do for animals at various stages of their journeys with us: rescuing, rehabilitation, and rehoming or release. We hope that these young people will remember their time with the RSPCA for many years to come, and continue to be dedicated to making this a world where animals and man live in harmony. “

Claire from JGI UK said: “I was delighted when my colleague Jasmina, asked me if I would like to join her at the Ashley Heath RSPCA Animal Centre, to meet the children who won the Most Outstanding Group at this year’s R&S awards. The children had won an activity filled day at the centre as well as a tour of the cats, dogs & other animals who call the place home. I think my favourite activity was when we were given a plain white t-shirt to draw our favourite animal on. I decided to draw my two hamsters, Sammy & Percy.  The feedback however wasn’t very positive, with one of the RSPCA lady’s saying what a lovely fox I had drawn.“

We would like to thank the Roots & Shoots & JGI Team (Tara, Jasmina and Claire) and the RSPCA Team (Pamela, Clover and Hannah) for making this day happen and for all they do! 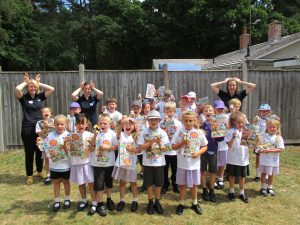 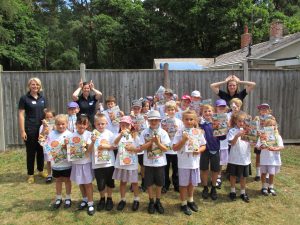 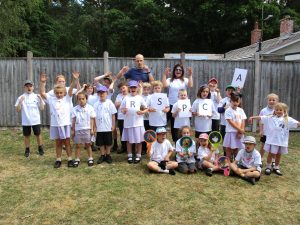 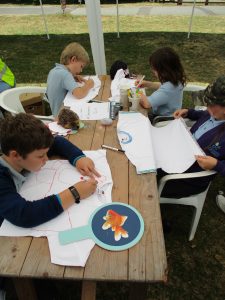 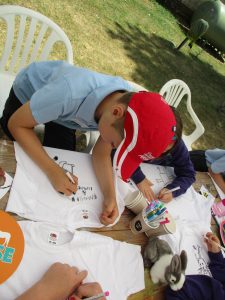 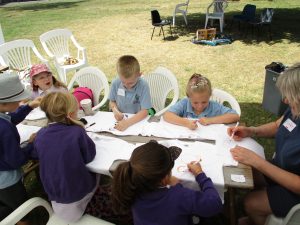 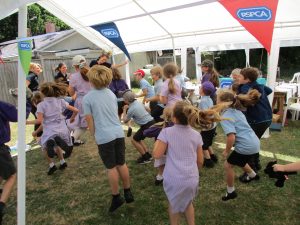 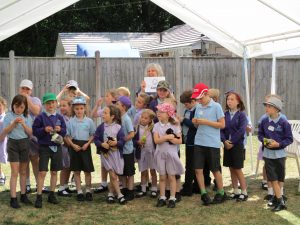 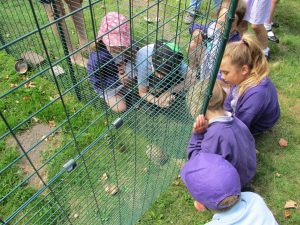 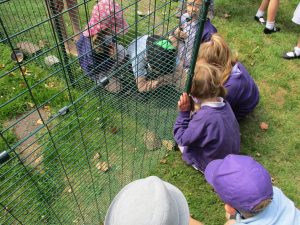 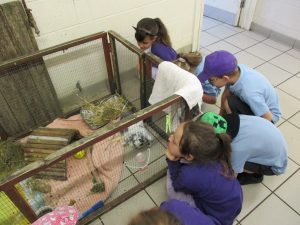 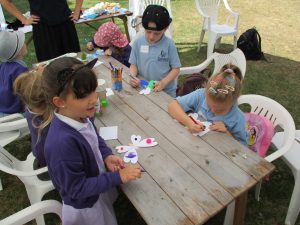 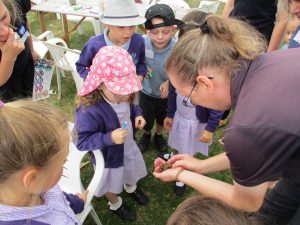 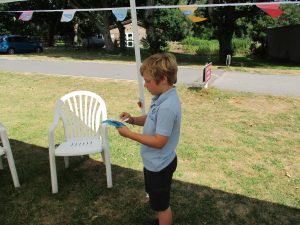 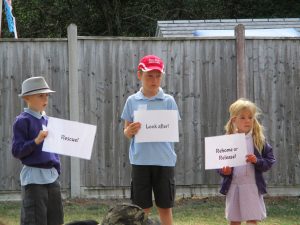 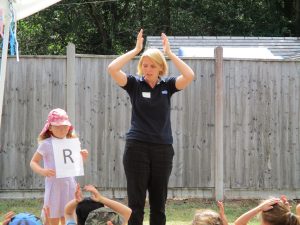 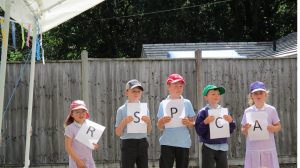