This past June, I was lucky enough to once again be part of an inspiring expedition with Robert and Barney Swan. Rob and Barney run expeditions through their foundation, 2041/ClimateForce. The purpose of these expeditions is to make people aware, first-hand, of the issues of climate change as well as caring for the environment in all areas.

Rob is the first person to have walked to both poles, and this was the beginning of his journey to protect Antarctica and our entire planet. Barney has followed alongside his dad and together they are involved in many different projects to bring awareness, find solutions, and motivate people from all walks of life. I have been to Antarctica with them four times, which included a small team at Union Glacier testing renewable technology the year before father and son made their journey to the South Pole using only renewable energy, which was a first in history. I am their Education Advisor and last year I even took a TASIS student to Antarctica with 2041.

Our expedition consisted of 75 people from around the world, as well as 11 Team Leaders. We met in Oslo to spend a few days getting to know each other, share our stories, and listen to climate change experts. Then from Oslo, we flew to the Svalbard archipelago arriving at Longyearbyen, Spitsbergen, Norway. This is situated 78°N. There, we boarded the National Geographic Explorer ship to spend 7 nights sailing with the goal of reaching nearly 80°N in Northern Spitsbergen after also visiting the island of Edgeøya.

I was very surprised to find the weather much warmer than I thought it would be. Although I knew that the Arctic was not quite as cold as the Antarctic, I had expected cooler temperatures than what we had. I remember our guide in Longyearbyen telling us how the past 8 years have seen permafrost melting, and this has caused problems for the people as well as the animals.

There is some mining going on in the Arctic, which you would not expect in such a fragile area. There is evidence of air pollution and plastic pollution. The Arctic is in distress and the animals are in danger of losing their sustainable habitat. It is essential that we take action now with positive solutions to protect and heal our planet. We are not too late, but we all must come together now to work on living a more sustainable life. Young people are making their voices heard alongside many caring adults.

I was proud to bring Roots & Shoots with me to the Arctic through sharing presentations about my work with children in our Roots & Shoots Club at TASIS England American School. I was also excited to be able to bring back first-hand experiences to share with all the children back at school. 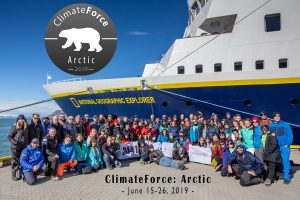 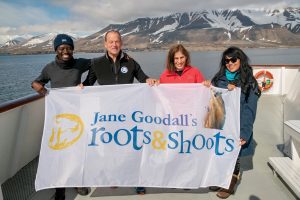 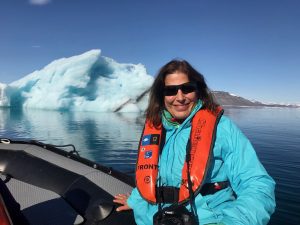 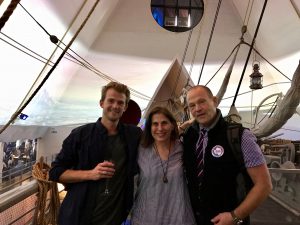 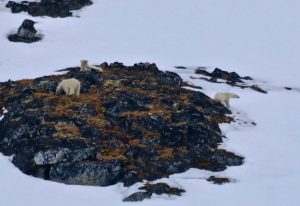 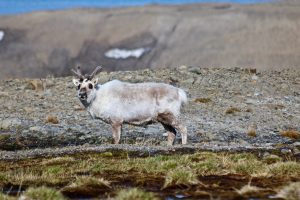 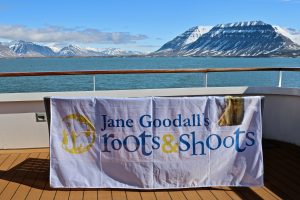 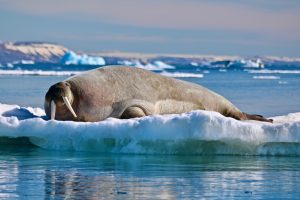 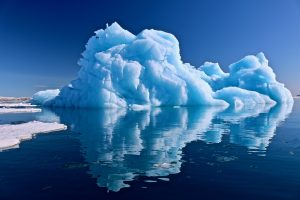 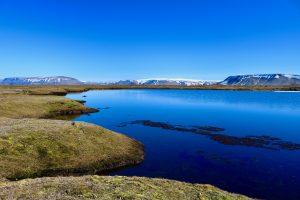