Climate change, biodiversity loss and deforestation are just some of the challenges our planet faces today. Are we in time to do something about it? Can we learn to live in balance with nature after so long?

Typically, we hope that new science or modern technologies will solve these problems but there is an ancient knowledge, often forgotten, that can give us the necessary wisdom to relate to the environment in a sustainable way. We refer to the traditional knowledge of native people. For centuries, these communities have been able to adapt their daily activities (eg agriculture, livestock, fishing) to changes in their natural environment, showing that we still have much to learn from their strong bond with the environment.

Through ‘Voice from our Earth’ we seek to recognise, revalue and promote the traditional knowledge of native people as we believe it can provide valuable answers to the environmental problems that we face today.

How to get involved

This August and September, we’d like you to complete an activity or game from your own culture (and/or we’ve got lots to choose from below) then send us a photo, a video or image of a piece of art – however you’d like to record it – to Roots & Shoots via Mariajose@janegoodall.cl 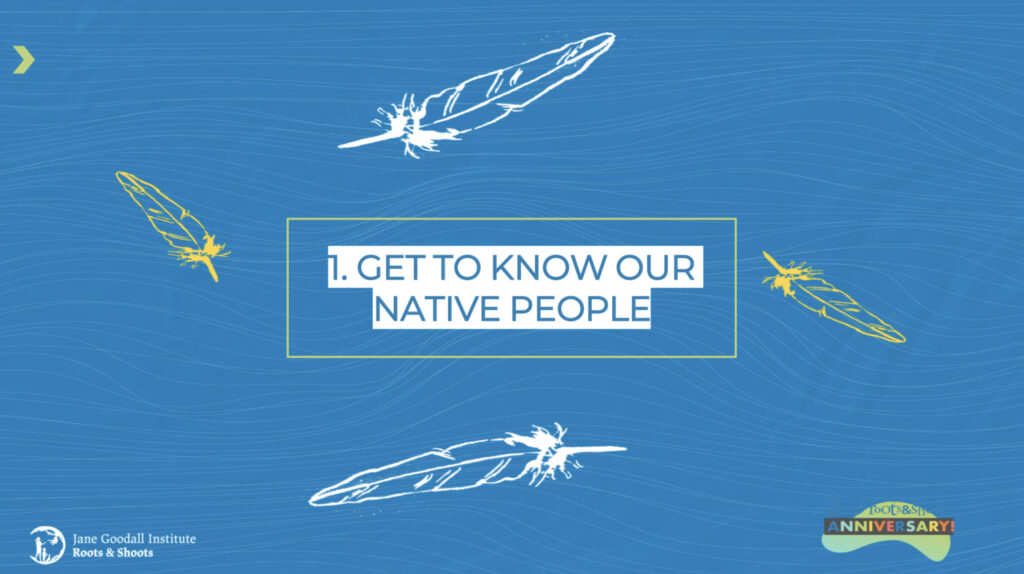 Every continent has many native peoples who have lived there in harmony with their environment for generations. The first activity or step in your journey of knowledge is to find out more about these peoples, where they are from, their lifestyles, and the types of knowledge they hold.

You could choose a geographic location, for example Australia, Africa, Europe or South America, and research the people who live there. Or you can choose a native people you are already familiar with, for example that you know, or are related to. 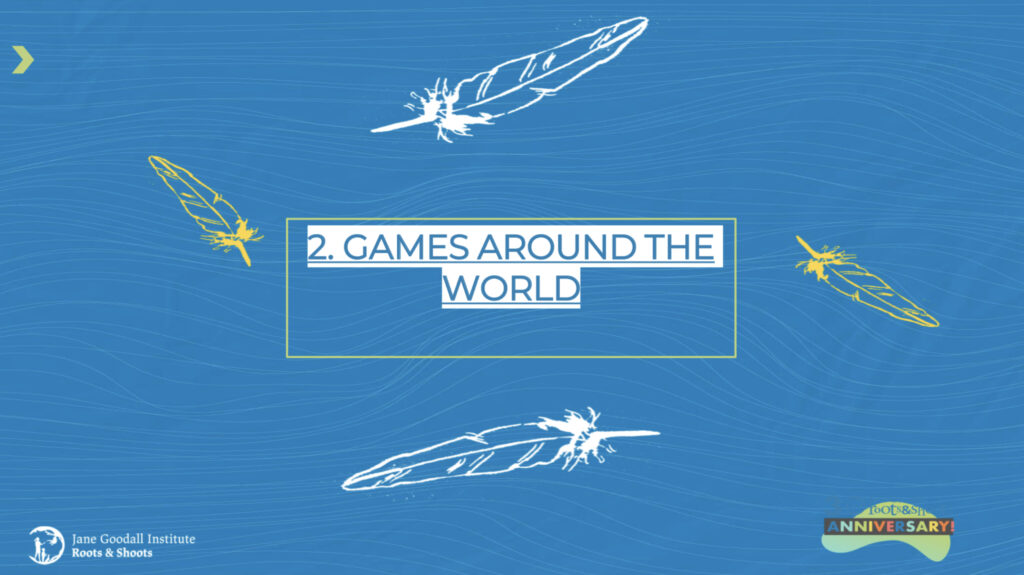 2. Games around the World

Many of the games we know have their origins in the games and traditions of our native peoples – and some are still played today! We’ve put a few ideas below, so give them a go, and if you know of any more then share them with Roots & Shoots, because we’d love to learn more!

To play this game you need a stick, and you’ll need to mark a line on the ground. Stand behind the line, balance the stick on your toe, then swing your foot to ‘throw’ the stick as high and as far as you can without using your hands. The objective is to throw the stick as high as possible AND have it land on the marked line; you get points for height and precision.

This game is played between two people. Each person places 4 sticks between their toes, and should also have a piece of coal or a rock in one hand. Taking turns, one person hides the rock in one hand and the other person has to guess which hand its in. If they guess correctly, they can take one stick from their opponent. The winner is the person to take all the sticks from their opponent.

This is a fun game (and good exercise too!). A group of people line up to form a row, crouching down on the ground. From here, they must all jump forward like a frog. You can have two teams competing with each other to see who can jump the furthest or move forward the fastest.

For this game, two totem teams are formed with the same number of people in each team. A ball is thrown up in the air, and whoever catches the ball moves to the centre with their whole group or totem team, while the opposing team circles around the outside. The group in the centre keep throwing the ball up in the air and catching it until someone from the other group manages to catch it, and the teams swap over. The totem group that keep the ball the longest are the winners. 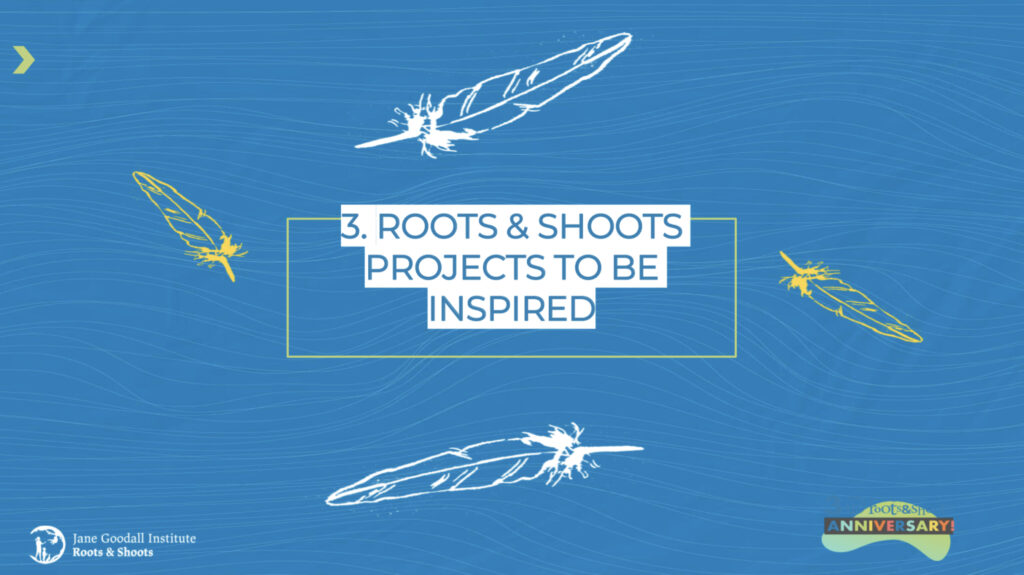 3. Roots & Shoots projects around the world

Another great way to share learning and inspiration is to find out what other Roots & Shoots groups, and other young people and communities, have been working on to help their environment, friends, families and communities.

Austria: From farmer to school…freshly squeezed!

Students from MS Sankt Agatha noticed on their way to school that there were many apple and pear trees with the fruit remaining unpicked. They spoke with local farmers and asked if they could collect these apples and pears. Working together, they collected lots of fruit that was turned into a thousand litres of juice which was offered free to the students.

Chingoo means ‘friend’ in Korean. Three sisters and their families came together to form the group Green Chingoo, which means ‘friend of nature’. They like to explore ways to merge the arts with environmental action, such as playing music to animals in rescue centres and watching their reactions. As all the members are a family, Roots & Shoots helps strengthen families ties too.

Southern Seeds is a Roots & Shoots group made up of five students and their teacher, originally from the city of Canete in Southern Chile. Together they created a project to raise awareness about a native plant species that also has an important cultural impact on the Chilean Indiginous people, the Mapuches. The Noche (Erygium paniculatum) is a plant that is currently threatened and exists only in the South of the country. It’s resistant leaves have traditionally been used by Mapuche women to make baskets and animal figures. The kids designed a campaign to educate the community about the importance of the noche as cultural heritage and promote the protection of their habitat threatened by drought, encouraging the community to abandon single-use plastics and replace them with this ancestral material which is not only renewable but values the work of the Mapuche people.

Other ways to get involved

You can also have a look at our Twinning Programme, and we’ve got lots of great activities and worksheets that are perfect for at-home projects or school work.