Temperatures are low, there’s ice in the puddles, and the countryside has turned to muted monochrome colours. It’s easy to think that nature is asleep and hiding, but there’s a surprising amount of activity still going on even if you can’t see it. Wildlife in Britain has to cope with rain and snow and ice – and unexpected warm patches. Here’s what’s happening right under our noses. 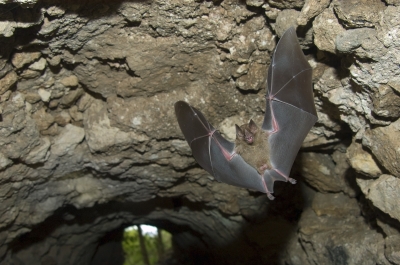 Lots of animals do hibernate for the winter. Hibernation is a special adaptation and process that some animals have to cope with long periods of time where the environment is challenging, there’s little food and the temperatures are low. Their heart rate slows, body temperature drops and all their biological process slow right down. This way, so long as they’ve built up enough fat stores in their body, they can hibernate right through the winter and warm up with the return of longer days and plenty of food.

Hedgehogs like to hibernate in piles of leaves, which is one reason why you need to be careful to check bonfires at this time of year. Bats like caves, tunnels and attics, and as many species are endangered the places they like to roost and hibernate are often protect.

Avoid disturbing hibernating animals, because it takes a lot of energy to wake up and if they aren’t able to find food to keep them going 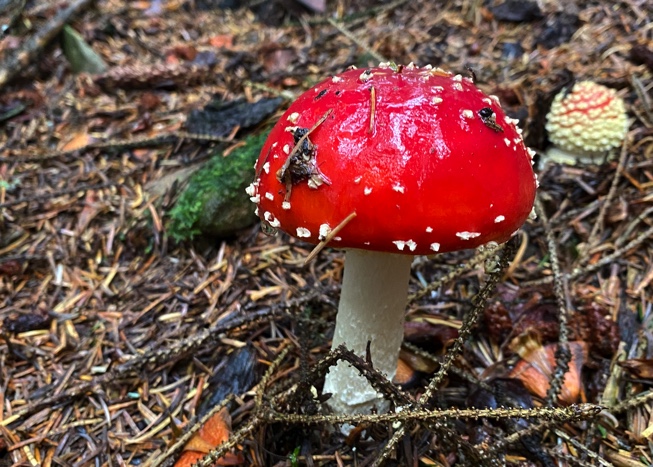 While at first sight it might seem like most plants have died back, look a little closer and you’re likely to spot all sorts of amazing fungi and mushrooms all around you. They’ll grow up from the ground, or will be nestled among rotting wood, or even sprouting from tree trunks and branches. Once you get your eye in you’ll spot all sorts of amazing colours and shapes.

There are loads of great fungi spotting guides, like this one from the Woodland Trust. They aren’t just pretty either – fungi and mushrooms provide plenty of food for winter wildlife, and also help break down organic matter, releasing nutrients into the soil so that there’s plenty for insects to eat and plants to use when spring comes around again.

Squirrels are a common sight in the UK in winter, and you’ll often see them scurrying about in trees, forests and parks. They’re often hunting for their food stashes; places where they’ve buried food from earlier in the year, like nuts and seeds, so that they can come and dig it up in winter when there’s less food to be found on trees and plants.

This is obviously great for the squirrels, but it’s also great for wildlife because they don’t always remember where they’ve stowed their winter larders. This means squirrels are bit like forgetful gardeners, planting seeds for trees and plants in the ground all over the place, where they can grow into new plants come the spring.

Mistletoe in the trees

Mistletoe is one of the plants that’s associated with Christmas, and for good reason. It’s a parasitic plant that grows on others, most commonly apple trees and oak trees. In the summer when the trees are in leaf it’s hard to see, but when the trees are bare the little ball of green twigs is much easier to spot!

It’s not just important for Christmas either. Mistletoe grows its berries in the winter, so they’re an important source of food for animals and birds that are awake at this time of year, like the Mistle Thrush which gets its name from its association with the plant.